A Tale of Two Sisters

To whistle her biological mother's favourite lullaby, collect old photographs of her family, remebering her past with Su-yeon, spending time near the local lake alone.

Bae Su-mi is the hidden main protagonist villain of Kim Jee-woon's 2003 psychological horror-thriller drama film A Tale of Two Sisters. She is depicted as a teenage girl who is suffering from severe disassociative identity disorder causing her to switch character "modes" between herself and her stepmother Eun-joo.

Her character is based on the protagonist Janghwa in Janghwa Hongryeon jeon, a Joseon Dynasty era folktale.

Su-mi and her younger sister Su-yeon once lived happily with her mother and her father in a seculded estate in the countryside. One day, her mother becomes terminally ill and an in-home nurse named Eun-joo arrived to the estate to take care for her. However, it didn't take long for Eun-joo to develop feelings for the father.

Whilst playing on the swings outside, Su-mi and Su-yeon discover that Eun-joo and the father have been secretly engaged. Eun-joo quickly has dominance over the family which creates tensions between the sisters and herself. Su-mi storms off to her bedroom whilst Su-yeon discovers her heartbroken mother in her bedroom. Her mother comforts Su-yeon but some time later, Su-yeon discovers that her mother had hung herself in the closet.

The rest of the family downstairs hear a loud crash and Eun-joo is the only one to investigate the source of the noise. Once she enters the bedroom, she is startled to see Su-yeon's hand striking on the floor for help. Due to the tensions, Eun-joo leaves but ultimately changes her mind to save her but at the same time, Su-mi enters the room.

After Su-mi confronts her stepmother for ruining the family, Eun-joo holds her arm tightly and says in a bitter voice that she will "regret this". Confused, Su-mi leaves the room unaware that her sister is slowly being crushed to death by the closet that has fell ontop of her.

Several months after the incident, Su-mi has been institutionalised in a mental hospital (this happens in the beginning of the movie) as she developed psychosis and multiple personality disorder after becoming regretful and depressed over her sister's untimely death. One of the doctors question her about what caused her to be institutionalised but Su-mi remains silent until the doctor shows her a photograph of her family before Su-yeon's death.

Finally, Su-mi is released and her father drives her home but her mental disorder deteriorates as she hallucinates her sister and stepmother (throughout most of the movie, the stepmother is actually absent) being in the house. Along with the deterioration of her mental disorder, her house has been haunted by the vengeful ghosts of her sister and her biological mother. Su-mi imagines that her sister is there with her while she takes the role of her stepmother being "abusive and violent towards them". She even further acts out the role of her supposedly evil stepmother by breaking the neck of one of the family's birds.

Most of the confrontations between Su-mi and her stepmother were actually Su-mi harming herself to pretend that she is attacking someone. As this escalates, her father and her real stepmother finally arrive to calm her down and they send her back to the mental hospital.

The real stepmother finally gets a taste of her own medicine as the ghost of the biological mother crawls out of the same bedroom closet in which she died in and the ghost mysteriously kills Eun-joo. After the incident, it cuts back to Su-mi in the mental hospital, who is smiling at herself and calls Su-yeon's name gently several times.

The movie ends with Su-mi finally remembering the events that led her to be admitted in the mental hospital in the first place. 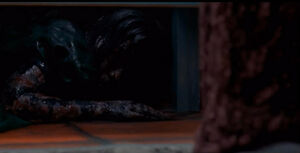 The real Su-yeon, who was the vengeful ghost haunting the house throughout the movie, peering behind Eun-joo (in reality Su-mi who is pretending to her due to her delusions). 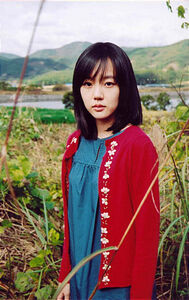 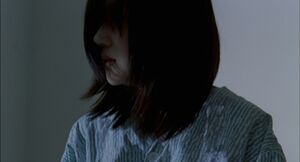 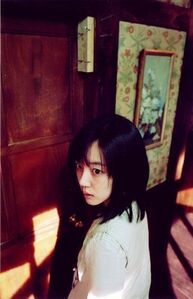 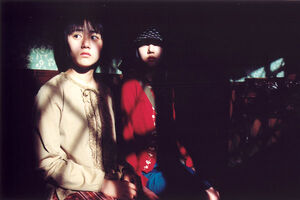 Bae Su-mi
Add a photo to this gallery

Retrieved from "https://villains.fandom.com/wiki/Bae_Su-mi?oldid=3675822"
Community content is available under CC-BY-SA unless otherwise noted.