Villains Wiki
Register
Don't have an account?
Sign In
Advertisement
in: Demon, Evil from the Past, Video Game Villains,
and 14 more

Demonic Beast
Bagan is a powerful ancient demonic beast and the final boss of the 1993 video game Super Godzilla. Bagan was also intended to appear in the two unmade films Reawakening of Godzilla and Mothra vs. Bagan.

Bagan was an ancient demonic beast from Chinese mythology who was discovered and awakened by a race of unnamed alien invaders. The aliens supercharged Bagan with both Godzilla and King Ghidorah's cells, causing him to grow to an incredible size and become even more powerful. Bagan was unleashed in Tokyo to destroy Godzilla, and proved to be much too powerful for Godzilla to defeat alone. Thankfully, a group of scientists were able to supercharge Godzilla with some of King Ghidorah's cells, transforming him into Super Godzilla. In his new powered-up form, Godzilla was able to defeat Bagan, banishing the demon and forcing the aliens to retreat.

Bagan is incredibly powerful, and has greater physical strength and resistance to damage than even Godzilla. Bagan possesses a deadly Slasher Claw attack, he can create a Diamond Storm that he fires from his horns, he can spit a white Plasma Beam, and project a force field. 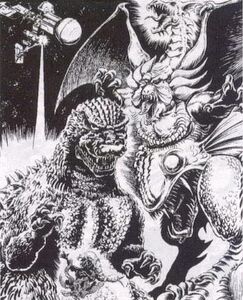 Bagan concept art from the unmade Reawakening of Godzilla. 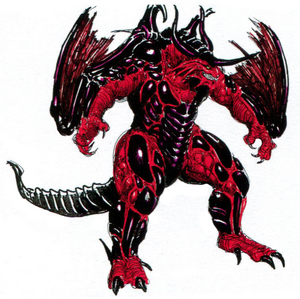 Bagan concept art from the unmade Mothra vs. Bagan. 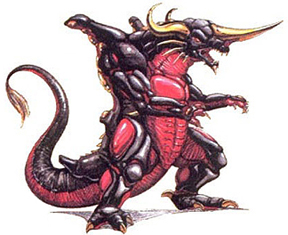 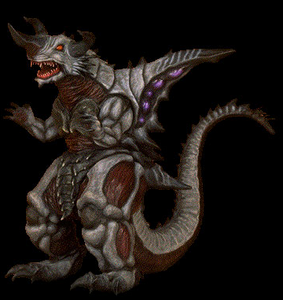 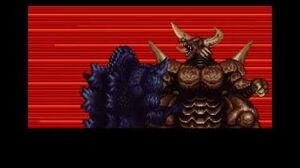