Ruler of the White Bone Mountain

White Bone Demoness (in Chinese: 白骨精), also known as Baigujing or Lady Baigujing, is one of the major antagonists of the 16th-century Chinese classic novel Journey to the West by the late Wu Cheng'en, and its multiple adaptations. She is a skeleton demoness who desired to eat the flesh of Xuanzang.

She was portrayed by Yang Chunxia in the 1986 series, and Ady An in the 2011 remake, who also played Dugu Banruo from The Legend of Dugu.

Baigujing is considered to be one of the most cunning demons in the series. She, like many others, desires to eat Xuanzang's flesh, but is extremely careful upon seeing his students. She is also a trickster, who enjoys tricking the companion as she disguised three times to test their intelligence. Baigujing is also somewhat sadistic, as she taunts Sun Wukong to kill her.

Not much is known about Baigujing's past, but it is presumed that she was once a human who transformed into a demon after death.

Upon learned that Xuanzang had arrived to her location, Baigujing disguised herself as a village girl and offered him and his disciples poisonous fruits. However, Sun Wukong used his powers and detected her true identity, and hit her with his staff, seemingly killing her. Having survived the attack, Baigujing left a fake 'corpse' and dug underground to recover. Meanwhile Sanzang, thinking Sun went out of line and committed a murder, cited a subduing spell (works as restraint and torture to keep the unruly monkey in check) to punish the unfortunate monkey.

Baigujing returned a second time disguised as an elderly woman and lied to the group that the village girl from earlier was her daughter. Sun Wukong sees through her disguise once again and seemingly kills her - Baigujing once again leaves a fake corpse and retreats. The group is angered at Sun Wukong and Xuanzang, furious at Sun, mistakenly believing that Sun once again wantonly committed a murder, cited subduing spell once more (this time citing the spell over 50 times) before forgiving the monkey. Xuanzang warned that Sun would be excommunicated from Xuanzang's party should he commit murder third time.

She returns a third time as an elderly man who lies about having a daughter and wife that the group believed are her avatars that Wukong previously hit, and taunts Wukong into attacking her by using his powers, and only he could hear her. Having a short-temper, he finally beats her with his staff and kills the demon, revealing that she was just a skeleton spirit.

Sun Wukong shows this to Xuanzang, who initially believes him, but Zhu Bajie convinces Xuanzang that Sun Wukong transformed the corpse into a skeleton to evade the Band-tightening spell. Thus, Xuanzang is angry at Sun Wukong at his reckless slaying and scolds him, and sends him away. Hurt by his master's words, Sun Wukong leaves and returns to Water Curtain Cave. In his absence, Xuanzang gets caught by another demon—Yellow Robe Demon that Zhu Bajie and Sha Wujing cannot defeat, and Bajie is forced to apologize to Sun Wukong and invite him back to save Xuanzang.

The classic 1986 adaptation series followed a similar format like in the novel, however there is an addition: Her wolf servant, who is also the same person who reported to her about the arrival of Xuanzang would later served the Yellow Robe Demon, and upon seeing Xuanzang being captured, revealed to Xuanzang that Baigujing disguised as all three people that Wukong killed, taunts Xuanzang for his decision to send Wukong away, caused Xuanzang to regret about it. Also, in this version, her three disguises are not merely disguises, but were indeed real people and a family, who she kidnapped, drained out their blood, and possessed their corpses. Therefore, it is unknown wether this version is able to leave fake corpses, since all three corpses she left are real corpses of her victims.

Later on, Baigujing was mentioned multiple times whenever the group suspect someone to be a demon in disguise, having learned the lesson after such experience before. 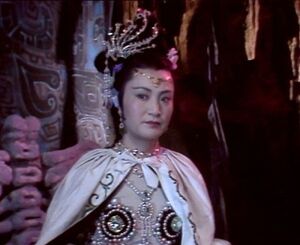 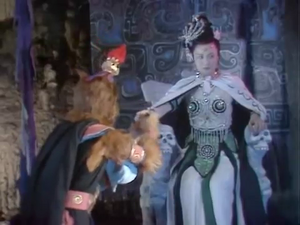 Baigujing learns that Xuanzang had arrived to her location. 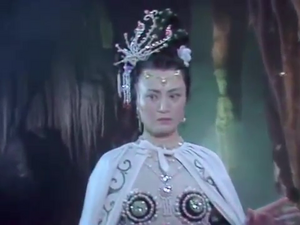 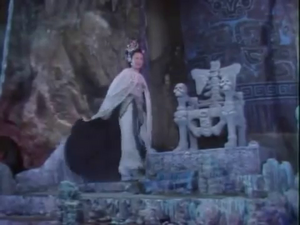 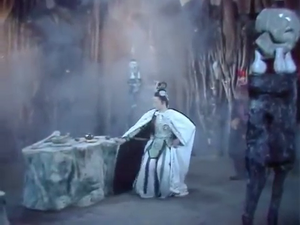 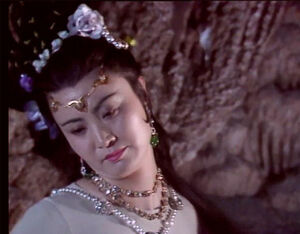 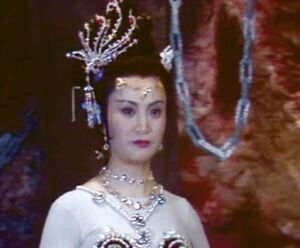 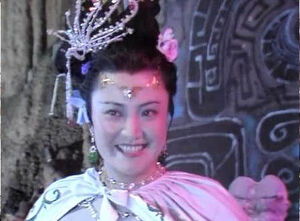 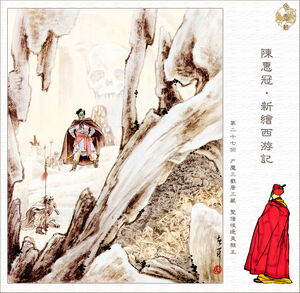