Sell kids for Yokai to eat.

Bakeneko is a cat themed Yokai who serves as the main antagonist of the eighth episode of Ninja Sentai Kakuranger.

She was portrayed by Akiko Kitayama.

Bakenenko is first seen as a person who attracts children using her cats. After attracting the children she then kidnaps them using cages and takes them to her Yokai shop where she feeds them to other Yokai customers who come. When the Kakurangers become interested in that shop and arrive, she quickly puts on an act as a kind lady who serves them food. Unknown to the Kakurangers it is poisonous and they do an odd dance commanded by her and go to sleep. When Sasuke and Tsuruhime wake up and learn Bakenenko's true agenda of murdering children out of her misanthropic nature towards humanity they alert the other Kakuranges and fight her. They do this and Tsuruhime manages to save the kids who are then brainwashed and attack the Kakurangers. This is until the effects wear off and then the Kakurangers' vehicle Nekomaru crashes into her. After using Gigantism she fights the Red Saruder and White Kark before being ended by Muteki Shogun. At the end of Kakuranger her spirit along with all Yokai spirits were trapped behind the seal door as they cursed humanity and vowed to be reborn again.

Bakenenko although only shown in one episode does seem to have a more misanthropic side to her as she feels that humans haven't treated cats well. Thus out of some feeling of hatred she captures innocent children by luring them with cats so she can let other Yokai feast on them. She doesn't seem to hold any remorse towards that and enjoys the suffering of the children she captures. 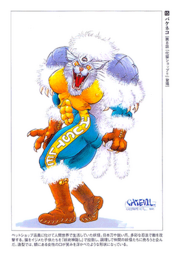