Devour any corpses they come across

Bal-Bal are evil undead monsters found in the folklore of the Phillippines and are known to steal corpses from noth funerals and gravesites to feed on, making them a variant of ghouls - they are also very similar to the Kasha from Japanese folk tales.

They have keen senses of smell and are atrtacted towards the scent of dead human bodies, which they will attack with sharp claws and teeth - due to eating nothing but corpses it is said to have foul breath and has a tendency to try and trick victims via placing the trunk of a banana tree in a coffin, making them think the body is still within.

Despite being flesh-eaters the Bal-Bal were described to Western continents as vampires, however this is better applied to entities such as the Aswang or Amalanhig - the closest they have to a cousin in native folklore would be the Busaw.

Like many folkore monsters variants of Bal-Bal exist depending on region or even individual storytellers, some Bal-Bal are depicted with inhuman tongues that can stretch out and capture corpses from afar - other Bal-Bal are able to sense sickness in people and will stalk them, waiting for them to die so they can consume the corpse.

One of the more disturbing tales of Bal-Bal state that while normally corpse-eaters they may actively pursue a living victim if they are called on at night - thus to call directly to the Bal-Bal appears to be a death sentence, especially if done during the hours of a full moon.

To ward off Bal-Bal varied methods could be used, often loud sounds and lights would scare them away but as with most ghouls prompt burial was the best means to stop the creature from becoming a danger - since they were believed to be attracted by the smell of death (as with many legends there was likely a real world reasoning for this tale, namely to encourage the proper disposal of human remains - which would spread disease and attract scavengers if not cared for properly).

In some of the traditional stories the Bal-Bal is associated with gliding and clinging onto rooftops, making it as possible cryptid - perhaps a type of large flying squirrel or bat : though most view the Bal-Bal as a purely folkloric creature. 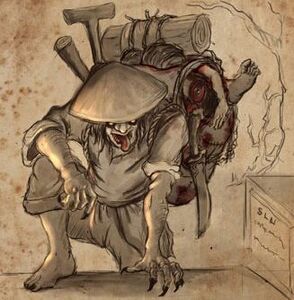 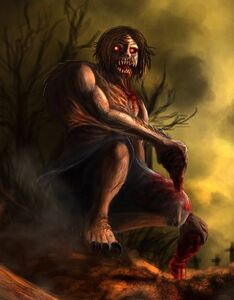 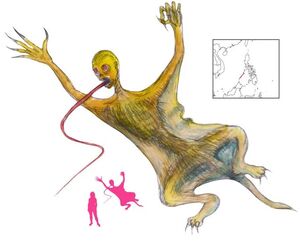 Add a photo to this gallery
Retrieved from "https://villains.fandom.com/wiki/Bal-Bal?oldid=3484615"
Community content is available under CC-BY-SA unless otherwise noted.