The Ballas are the Grove Street Families' primary enemy and have been around since 1975. At the beginning of the game, they are the most powerful street gang in Los Santos. They are involved in drug dealing, prostitution, gang banging, arms dealing, vandalism, and the crack cocaine trade.

The Ballas are rivals with Grove Street Families going back for several years. When the rivalry first started is unknown, but the rivalry between the two gangs was in full swing as early as 1987. They are also rivals to the Varrios Los Aztecas. They have ties with the San Fierro Rifa, and the Loco Syndicate for narcotics, and the Russian Mafia for weapons. The Ballas also collaborate with CRASH. In addition, Big Smoke defects from the GSF to lead the Ballas with his lieutenant Ryder. Unlike the GSF, the Ballas have no reservations about making money by selling drugs; the spread of crack cocaine into the Grove Street community is part of their strategy to wipe the GSF out.

By 1992, the Ballas controlled most of the streets of Los Santos, with Grove Street Families being driven back to Grove Street itself and a few surrounding neighborhoods. After Grove Street leader Sean "Sweet" Johnson was gunned down and arrested they briefly controlled the entirety of what had been Grove Street territory. The Ballas then cemented their control over the area by distributing crack cocaine through the area.

However, following the release of Sweet from prison and the return of Carl Johnson, the Grove Street Families won back their territory. That same year the Crack Palace operated by Big Smoke is destroyed and Smoke is killed, causing the Ballas to lose a lot of influence on the streets and if the player chooses, can take over all of their territories in Los Santos, making Ballas gone for good, just like the Los Santos Vagos.

The Ballas reapper in the HD Universe in Grand Theft Auto V, where they still maintain their traditional rivalry with the Families. They usually do not attack if the player happens to walk through or pass through their territory. However, if taunted enough times, or if one fires a gun in their territory, or just because of walking near and staring the Ballas will become hostile and begin to shoot or punch the player. Their dogs will also occasionally attack the player, especially if the player is Franklin. The Ballas are supporters of the Los Santos Panic Basketball Team and the Boars Baseball Club, with their purple attire matching the teams' colors.

One of the protagonists, Franklin Clinton, is not on friendly terms with the Ballas as he is part of The Families. However, if he speaks to a Ballas member, they will not be aggressive at first, although they become hostile when Franklin insults them (usually upon the third press of the talk button).

They can often be seen drinking, driving cars, bikes, and even walking dogs. Most Ballas stand on the sidewalks in groups of 3-5. Their weapons include pistols, micro SMGs, and knives. Members are also seen smoking cigarettes, marijuana, and drinking Pißwasser beer.

They're brash and love to show off their weaponry, money, and guns in social media. According to Trevor Philips during his Series A funding, he scoped out their weed stash due to the overexposure of their stuff in Snapmatic. 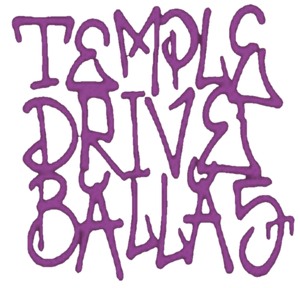 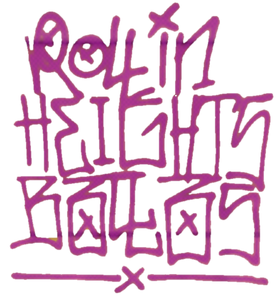 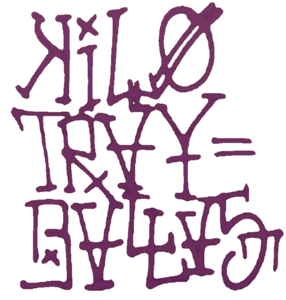 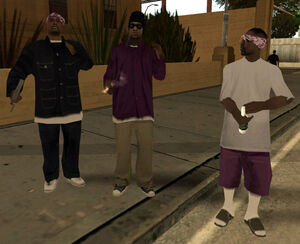 A few Ballas members in front of the County General Hospital in Los Santos. 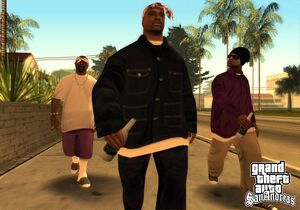 Ballas members. The beta member with the white shirt does not wear a chain or bracelet in the final version. 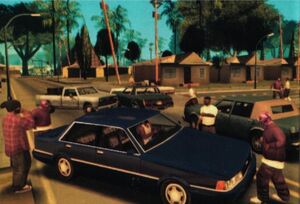 Ballas trying to pull CJ out from his car. 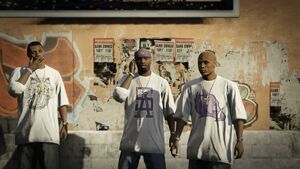 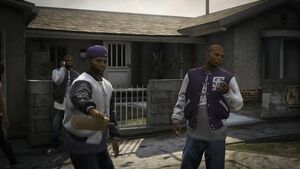 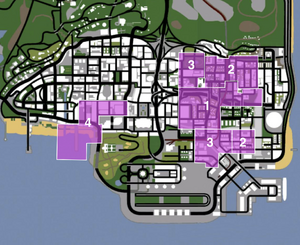 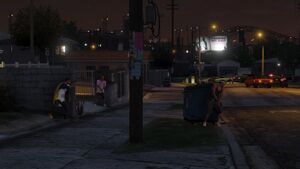 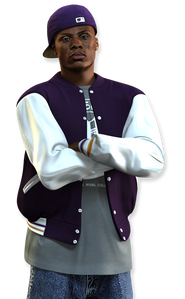 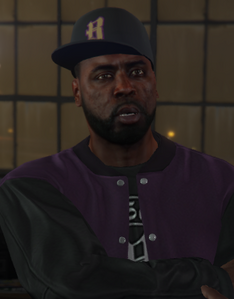 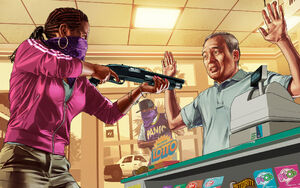 Artwork of Ballas robbing a store.