Upon noticing the energy humans invested in seeking their future through clairvoyance, Jadeite enlisted his servant Balm as a fortune teller to manipulate people. Balm would manipulate her victims by planting a devil tarot card into their victims. This card would cause their victim to behave mischievously around people.

One such victim was Umino (Melvin). Naru (Molly) recommended that Umino see a “real” fortune teller to predict his future. Unfortunately for Umino, he fell victim to Balm and began to act out of character by attending school without his uniform, eating in front of his teacher Ms. Haruna, flipping her skirt, distracting her class, pelting rocks at a teacher’s office and demanding a kiss from Usagi (Serena). Other students were taken under Balm's control as well, joining in with Umino as they distract Ms. Haruna's class and pelt rocks at a teacher’s classroom. All these victims were the target of Jadeite‘s plan to gather the “rebellious energy of the young”. Whilst in disguise, Balm would attack Sailor Moon with her tarot cards which turned into knives when hurled at her. As a Youma, Balm would use her hair as tentacles to grab her opponents as well as use her victims to defender her. Sailor Moon defeated the youma with her Moon Tiara Magic attack after being empowered by Luna and Tuxedo Kamen (Tuxedo Mask). 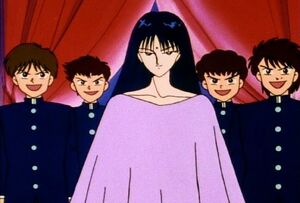 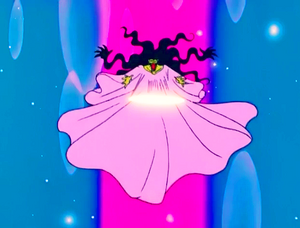 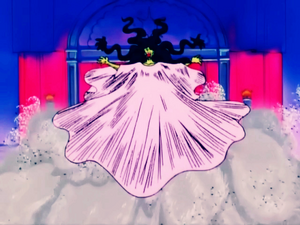 Add a photo to this gallery
Retrieved from "https://villains.fandom.com/wiki/Balm?oldid=4013184"
Community content is available under CC-BY-SA unless otherwise noted.