Annoy the Young Ones and push them out of his flat.

The Balowski Family in the 1980's British TV sitcom The Young Ones.

They were all portrayed by Alexei Sayle.

Throughout the two series, Alexei Sayle routinely appeared as many different characters, interjecting his own material into the programme in ways that emulated his stand-up comedy routines. His main role was that of the flat's landlord Jerzei (Jeremy) Balowski, which was the only character he reprised, appearing in "Demolition", "Flood" and "Summer Holiday".

The rest of the time, he was billed as playing various male members of "The Balowski Family", including nephew Alexei Balowski (a protest singer), son Reggie Balowski (an international arms dealer and French Cabaret chanteuse), brother Billy Balowski (a lunatic who believed he was a taxi driver), cousin Tommy Balowski (a drunk), escaped convict Brian Damage Balowski, and a medieval jester "Jester Balowski" (with Helen Lederer as his sidekick). 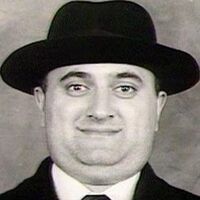 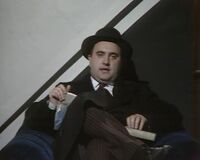 Add a photo to this gallery
Retrieved from "https://villains.fandom.com/wiki/Balowski_Family?oldid=3304050"
Community content is available under CC-BY-SA unless otherwise noted.