Band of the Hawk

Band of the Hawk

Bizarre mixture of both humans and apostles

Serve and obey Griffith's will.
Hunt down and eliminate those who can become threats to Griffith's rule.

This Band of the Hawk is a mercenary group largely composed of abominable creatures known as Apostles. It was founded by the "White Hawk" Griffith after the first Band of the Hawk members were nearly wiped out, with the exceptions of Guts, Casca, Rickert, and Griffith himself. During the Eclipse, when Griffith sacrificed them to become Femto, the fifth God Hand. They are unlike their heroic counterparts.

With Griffith's resurrection into the human world via Incarnation Ceremony, he started to form a new Band of the Hawk combining human soldiers with Apostles, including Nosferatu Zodd, Locus, Irvine, and Grunbeld. The new Band of the Hawk is much greater in number than its forebear and is organized differently.

The Apostles occupy the Demon Army, a group of valuable warriors whose inhuman abilities put them on par with the demonic armies of Emperor Ganishka. The mysterious Rakshas is a part of the Demon Army as well, but his stated motivation for allying with Griffith is so he can ensure that one day he will be the one to cut off his "beautiful head". Regular human beings from Midland, like Mule Wolcliff, were drawn to Griffith by his superhuman charisma and his reputation as the hero of Midland, especially after having been blessed by the Holy See. They form the majority of his armies, much like the first Band of the Hawk was formed by young men trying to follow their dreams. The families of the soldiers are allowed to follow, and after each battle, Griffith himself performs a ceremony to summon briefly the souls of the slain to comfort their surviving family members.

Human beings with special powers or other means of usefulness, like Sonia, Princess Charlotte, and her maid Anna are also allowed to follow, even if they take no part on the combat field. This purpose appears to be to form a liaison between the humans and Griffith's Hawks, another element of the commander's charisma. Kushan prisoners of war have a part as well. The new Band of the Hawk applies a policy of half-mercy over Griffith's enemies: when a Kushan army is defeated, survivors are given the choice to follow as prisoners or be killed on the spot. The prisoners are sent to the front lines for the next three battles: if they attempt to escape, the Band of Hawk will kill them, but if they survive, they are allowed to follow the Band as any other loyal soldier, with all the privileges of loot and the glory.

The general public seems aware that there's no continuity between the first and the second Band of the Hawk, however, it is generally unaware of the final fate of the first Band and the otherworldly nature of the "inner circle" of the new formation. As the Eclipse remains a secret between Guts, Griffith, the God Hand and its apostles, and the Skull Knight, the general public presumably believes that the former band members met their demise or disbanded during the year-long persecution following Griffith's imprisonment and Griffith returned later with new followers.

Due to their victories against the Kushan empire and the "White Hawk" dreams the population had, the second Band received, with the blessings of the Pope, the favor of the Holy See and Charlotte's constant presence around Griffith, more privileges than the natural leaders of the Resistance against the Kushan empire, who were mostly concerned about fighting over the remains of Midland once the war was over. 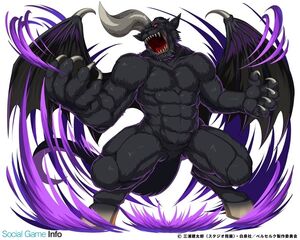 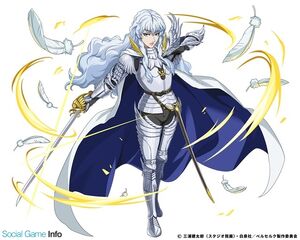 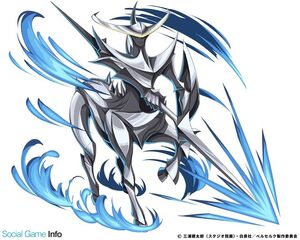 Locus in his true apostle form. 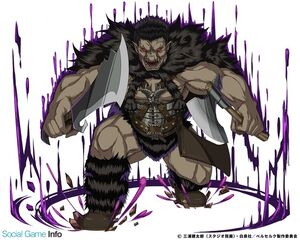 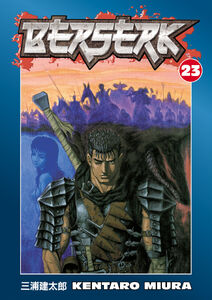