Villains Wiki
Register
Don't have an account?
Sign In
Advertisement
in: Villains of Folklore, Mythology Villains, Type Dependent on Version,
and 12 more

Harbinger of death and misfortune

Variable, often to warn of misfortune or death (some tales claim she also induces death and misfortune).

Enigmatic Dark Spirit
A Banshee is a death-spirit native to Celtic mythology and was regarded either as a type of fairy or a ghost, regardless of origin a Banshee was always seen as an omen of death and her screaming was said to be heard by those destined to die: appearance wise a Banshee would often resemble a woman, often a hag but sometimes an attractive maiden - according to some Celtic legends, every clan had their own specific Banshee that would come to those who were destined to die.

The Banshee is one of Celtic mytholgy's most famous icons and are often used in fiction as antagonists, they are also a fairly standard kind of spectre in Undead armies, and organizations despite the fact they were originally considered more akin to fairy folk than true ghosts (perhaps a representation of one of the many death-gods of pre-Christian religions).

The Banshee originates in folklore and while seen as an elderly woman, she was rarely actually seen, instead it was her wailing that made her infamous - she was also greatly respected, unlike the more modern takes of her, being as much a force of nature as she was a spirit.

The Banshee can be depicted as either abnormally tall or extremely small, the smaller sized Banshees show the spirit's link to the fairy folk while the taller variants also show her connection to varied death-gods and hags.

Many variants of the Banshee exist in Irish and Scottish folklore, one of the more aggressive of which is known as the Caointeach, who often washes the clothes of those destined to die but will strike any who interrupt her duties with said clothing, usually across the legs, the victim of such a strike will lose the use of their legs shortly after.

While a solitary creature, the appearance of multiple Banshees are said to signal the death of someone great or holy.

The Banshee appears in countless modern works, being one of Ireland's most famous legendary creatures - in modern media she is often given a more villainous role and active malice than she does in the old folklore, for example she is often seen as an evil fairy or demon rather than a simple harbinger of death.

Examples of the Banshee in her modern villainous roles include her appearance in Disney's Gargoyles, the Ghostbusters cartoons, and even some live-action movies.

The Banshee was immortal and ghostly, able to become both invisible and intangible at will - usually active during the hours of night, she attached herself to a single clan and would follow them wherever they went, if a member of the clan was near death or about to befall some misfortune she would wail - the sound of her wailing was feared but stories vary on whether she truly caused the misfortunes herself or if she wailed as a sign of mourning for the inevitable.

In popular culture the Banshee has more powers in her arsenal, often being a master of dark magic and evil fairy traits - this was not really prominent in the older tales and is a modern addition (much like how vampires have a weakness to sunlight in the modern world, despite original tales never mentioning it). 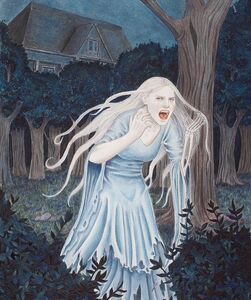 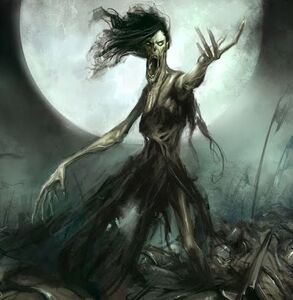 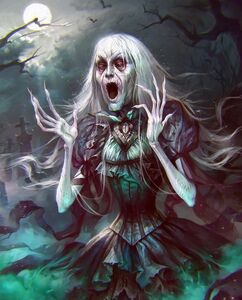 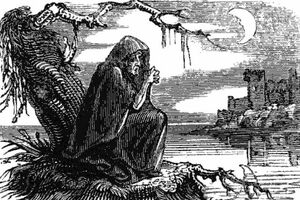