Barba (Shadow of the Colossus)

The Sixth Colossus, nicknamed Barba, is a major antagonist from the video game Shadow of the Colossus. It is the sixth boss encountered in the game and a vessel for the essence of Dormin.

Barba and the other fifteen Colossi were created by Lord Emon to contain the fragmented essence of the defeated evil Dormin. He set them all to wander the Forbidden Lands, destroying anyone that comes their way, so that Dormin could never be resurrected.

Barba is found in an underground chamber in a small temple to the southwest. Upon reaching the chamber, Barba will emerge from behind an opening wall and begin to chase Wander, attempting to step on him or slam him with its fists. Wander must outrun the colossus and get over wall obstacles alive before reaching a large stone structure on the other side of the chamber. Once there, he must run underneath it, where Barba cannot reach him. When Barba reaches the structure, it will bend down to look for Wander underneath. Wander must then take that opportunity to run out and grab either onto Barba's lowered hand or dangling beard, which he can climb up onto Barba's body. As Barba attempts to shake Wander off, Wander must reach Barba's weak spots on his head and back (and on his hand if in Hard Mode) and stab them all while not falling off. If he does fall off, he must repeat the process. After all of the sigils are stabbed, Barba will collapse and die, releasing the fragmented essence of Dormin contained within its body.

Barba's corpse can be seen as the credits roll. 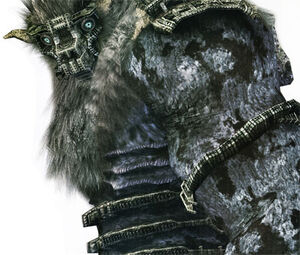 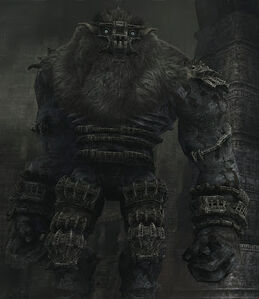 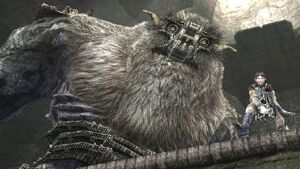 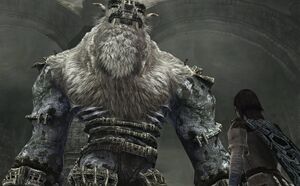 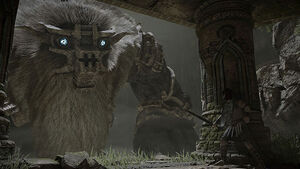 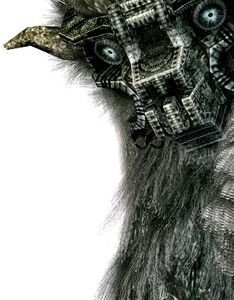 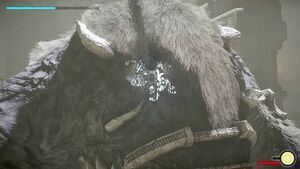 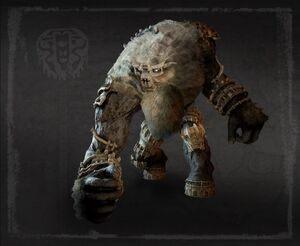 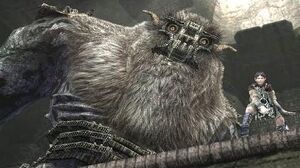