Get revenge on Barbarus (failed).

Plunge the world into darkness (failed).

Dark Dragon
Barbarus is a major antagonist in Dragon Quest IX. He is the dragon of darkness and the counterpart to Greygnarl, the dragon of light. Both dragons are bound by a lethal rivalry.

In the past, Barbarus was a threat to the world; he was defeated at the hands of Greygnarl when The Almighty sealed away the darkness. During the game's events, Barbarus was revived by Lieutenant Hootingham Gore with his force completely restored to take on Greygnarl if he ever showed up to stop the Gittish Empire's plans once again. Unlike the members of the Empire, Barbarus is fully aware on who the true mastermind is.

Barbarus first appears carrying Hootingam Gore, when Aquila steals the Fyggs from the Hero, who falls to Wormwood Creek. When the hero reaches the town called Upover to seek the help of Greygnarl, Barbarus attacks the place and have a brief fight with Greygnarl, who sacrifices himself when Barbarus charges a huge ball of darkness and fires it at Upover. He appears again to stop the Hero from escaping the Gortress, but is run over by the Starflight Express summoned by Sterling, retreating for the time being. After the main antagonist is freed from his prison in the Gittingham Palace, Barbarus goes along with him to the Realm of the Almighty, where he is finally slain by the Hero/Heroine. 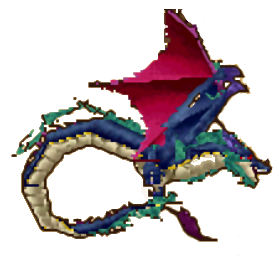 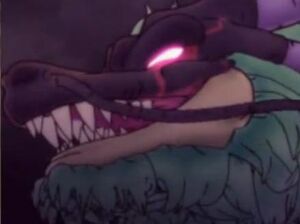 Retrieved from "https://villains.fandom.com/wiki/Barbarus_(Dragon_Quest)?oldid=3770682"
Community content is available under CC-BY-SA unless otherwise noted.