Becoming invisible due to animstealth technology

Roaming through the protagonist's house.

Kill the protagonist (dependent on the player's skills).

Homicidal Robot
The Bare Endo, known mainly as Endo-01, is a minor antagonist in the Five Nights at Freddy's franchise. It is the endoskeleton of the classic animatronics.

In this game, the Bare Endo will appear on the table of Backstage, deactivated. In rare occasions he will raise his head and stare at the camera.

The Bare Endo will appear in the minigame that resembles Five Nights at Freddy's, showing the same exact behavior from the first game. He could also be seen in the gallery.

This is the game the Bare Endo makes his villainous debut. He's one of the animatronics sent by the Fazbear Funtime Service. He will roam trough the player's house, using the animstealth technology to avoid being seen by him. After a certain amount of time, the Bare Endo will run in the player's direction, trying to attack him. If the player will be able to use the electric jammer before he will be reached, the robot will fall inert. Otherwise, he will kill the player. The player could collect endoskeletons by defeating them and cover them with various animatronic suits to unlock new characters and upgrading using remnant.

Endo-01 staring at the camera. 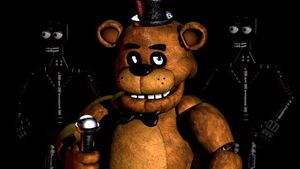 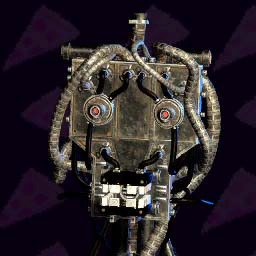 Endo-01 in the workshop.