Take over the power in different lands.

Take over the power in Africa (succeeded but later failed)

Evil pirate Barmaley, whose name is frightening children, was locked up in the high tower for a long time under security of Hippo. While sitting in that tower, he was crying because of being lonely without his friends and crew, and he was missing his old times when he was a bloodthirsty and merciless bandit. It lasted, until his pirate crew decided to free their leader. After the escape from the tower, Barmaley and his crew came up with the plan to take their revenge and get Africa under control back again. But before their ship sailed in the direction of Africa, Hippo managed to find out that Barmaley escaped, while he was sleeping. He quickly got on the ship of thieves and spied on them.

When Barmaley and pirates arrived to Africa, they came up with plan to attract attention of small children with unusual opera-film show "Fly Tsokotukha". While kids were watching unusual show, pirates were making drinks with poison in it. When all children drank their drinks, they immediately felt sick. Hippo was horrified and ran to the phone house, where he called for Doctor Aibolit. He informed doctor that evil pirate Barmaley and his pirates poisoned their children and asked Doctor to come to Africa and save them. Aibolit agreed, and while he was on the way to Africa, Barmaley and pirates took over power in the land. They throwed all animals and their sick children in cages and Hippo was thrown in swamp.

When Barmaley heard the news about that Doctor Aibolit is on the way to Africa to punish him and save all animals and their children, he came with plan to stop him. He ordered evil Crocodile to eat Sun, so there would the full darkness. But this didn't stop Aibolit and his friends to arrive in Africa and save all sick children with other animals. Afther all animals were freed from the cells, they went to Bear, who was looking for his children, who lost in the darkness. Aibolit told to Bear that his children will find him, when the Sun will return back on the sky. Then Bear went to fight Crocodile, while Barmaley and his crew quickly ran to Crocodile to inform him about the threat. After these news, Crocodile went to fight Bear, but in the end result, Crocodile was beaten by Bear and Sun came out from him back on the sky.

Barmaley thought that he lost, but he didn't give up and thanks to his loyal pirates' idea, he decided to use the last weapon, which can frighten all animals in Africa - "Big and Horrible Cockroach". This plan became successful, but not for long. After Aibolit appeared again, his Sparrow jumped out from Doctor's hat and killed Cockroach. Immediately after that, Crocodile appeared and ate Barmaley. In the stomach, Barmaley was crying and asked for mercy, and he wanted to become good forever. Doctor Aibolit and his friends decided to forgive him and all his pirate crew, and take them all in Leningrad. In the end, Barmaley became good friend of Aibolit. 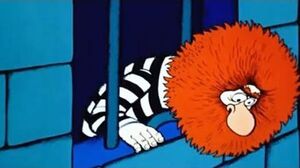 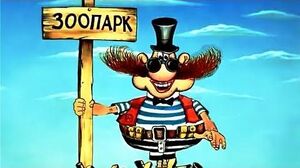 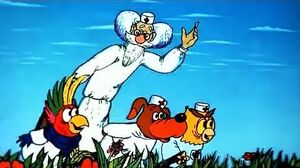 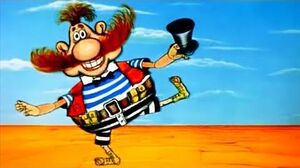