Villains Wiki
Register
Don't have an account?
Sign In
Advertisement
in: Pokemon Villains, In Love, Arrogant,
and 26 more

Pokémon: The Rise of Darkrai

Anti-Villainous Monarch
Baron Alberto is the minor antagonist of the tenth Pokémon film Pokémon: The Rise of Darkrai.

He was voiced by Koichi Yamadera in Japanese and Ax Norman in English.

Alberto constantly insists that all of the trouble happening in Alamos Town was caused by Darkrai and was intent on stopping it. He means to have Alice as his wife, but the feeling is not mutual. However this doesn't seem to get in the way of his goal. When Alice says she wants Tonio, Alberto just laughs thinking that her feelings for Tonio are a joke. During the events in the movie, he was transformed into his Lickilicky due to a combination of Darkrai's Dark Void and Palkia's interference with space. Lickilicky dreamed that it was Alberto and thus Alberto became Lickilicky. Angered by this, Alberto offers a reward to whoever could take down Darkrai. Later on he turns back to his normal form when the effects of Dark Void fade.

Alberto is seen again during the credits of the 12th movie Arceus and the Jewel of Life. He is piloting his own hot air balloon and still attempting to win Alice's heart. 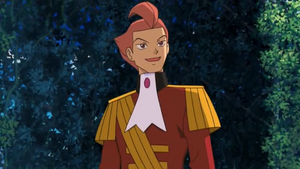 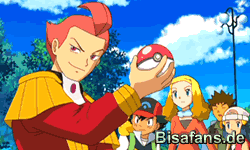 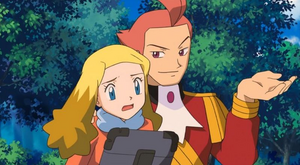 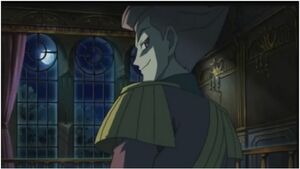 Alberto in an interview with Team Rocket. 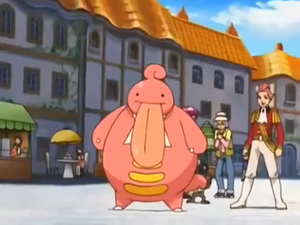 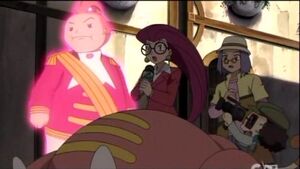 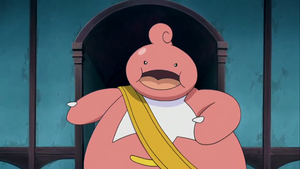 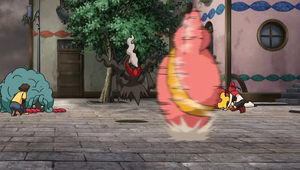 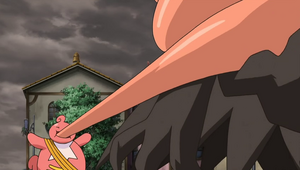 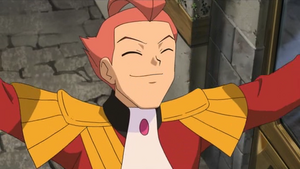 Alberto back to normal. 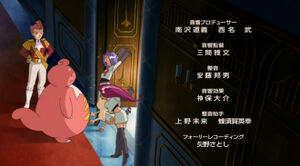 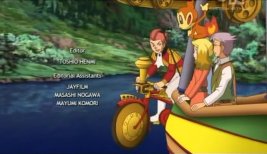 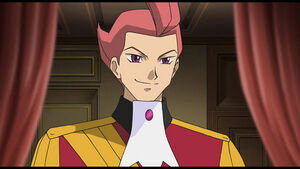 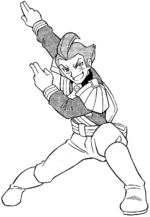 Alberto in the manga.