Odile von Rothbart is a young sorceress in training under her father's tutelage. She adores and respects him, at least in part because he has taught her that women are meant to be loyal to men. Living in the gardens is the "flock;" the group of young women von Rothbart has ensorceled because they were unfaithful to their husbands or fathers. They are under a curse which compels them to become swans by day and women only during moonlit hours. The most beautiful and noble of these is Princess Odette, the Queen of Swans.

Odile is restless because her father seldom praises her, even though (or perhaps because) she is growing to be his equal in magic. She has never seen much of the world outside her father's estate, but she knows she would like the company of other people. She has no interest in the swans because they seem to lack her intelligence, and because von Rothbart has taught her to despise them.

When Odette openly defies von Rothbart, challenging him to give a convincing reason for his punishment of the flock, he offers her a deal; if she can capture and hold the loyalty of a man for an entire month, the curse which keeps the flock captive will be broken. A condition of the deal is that the young man must know exactly what Odette had done (refused the engagement her father had set for her and run away with a member of the court) and still pledge his loyalty to her. von Rothbart then leads the flock, plus Odile, on a long journey to Siegfried's kingdom.

In the secondary plot, Queen Clothilde is a competent but ruthless woman acting as regent for Siegfried. She does not want to surrender power to her son when he turns 18; an event mere months away. She plans a birthday celebration for him at which six beautiful princesses, all prospective brides, will attend, hoping to distract him from his kingship. Clothilde secretly hopes to kill Siegfried and either take the throne in right or continue as regent for a grandchild. She is aided in her scheme by Uwe, her minstrel and former lover.

Siegfried himself is a womanizer and a scoundrel, but a religious experience convinces him to change his ways. Clothilde is dismayed, since the reformed Siegfried is winning the respect of her court. Baron von Rothbart pays a visit to Clothilde and requests that his own daughter be allowed to attend the festival as a potential bride. She agrees, tempted by the prospect of having a sorcerer readily at hand.

The flock arrives at a small lake. Odile, who has largely been in charge of their care, is getting to know the swan maidens and feels some sympathy for them. She wants Odette to succeed because she thinks she and her father would have more freedom to travel if the swan-maidens were no longer their burden. Siegfried, sent out hunting by his mother in search of swans, encounters Odette, and it is love at first sight. His friend Benno, returning to the lake by daylight to investigate, is quickly dismissed by Odile. When both men return to the lake at night, Odette is able to allay their suspicions that she is some sort of witch. She tells Siegfried why she has been cursed, and he agrees to marry her and thus break the curse. Happily, Odile tells her father that Odette has fulfilled her part of the bargain.

The next day is the day of the fête where Siegfried will choose his bride. Odette leaves the flock in the morning to find him. von Rothbart and Odile also attend, Odile having little idea what to expect. Her father casts a spell on her which makes her look like Odette and controls her with more magic, keeping her from warning Siegfried. The Prince declares his desire to marry "the daughter of Baron von Rothbart," which breaks the vow he made to Odette. Worst of all, Odette arrives just in time to witness this. She flees, Siegfried follows, and Odile runs after them both.

Von Rothbart reveals that his aim the entire time has been to deliver judgment on Clothilde, since he knew she was plotting to kill her own son. He brings part of the Great Hall down on her and Uwe, who lives just long enough to reveal the plot to Benno and the court.

At the lake, von Rothbart taunts Siegfried and Odette, while Odile watches from concealment. At a crucial moment, she kills him with his own dagger, then rescues Odette and Siegfried, who have jumped into the lake to drown together rather than be separated. When the sun rises, the girls remain girls, indicating that Rothbart's spell has died with him.

Odette marries Siegfried and gives Odile a position on her council. Odile and Benno appear to be falling in love. 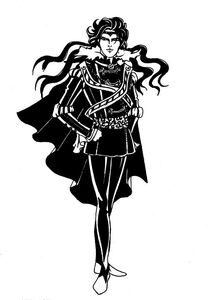 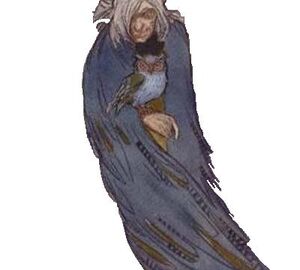 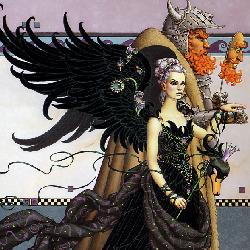 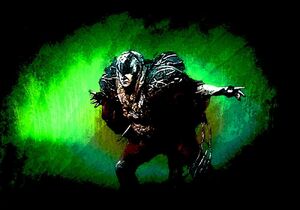 Add a photo to this gallery
Retrieved from "https://villains.fandom.com/wiki/Baron_Eric_Von_Rothbart?oldid=2851516"
Community content is available under CC-BY-SA unless otherwise noted.