Leader of the Fang Clan

Baron Fang is the second Destron executive to appear and a major antagonist in Kamen Rider V3.

Baron Fang is a witch doctor from Africa who leads a group of monsters called the Fang Clan, who are mutated forms of wild animals possessing fangs or tusks that allow them to be empowered through blood sacrifices conducted by him. He has the power to assume the Inhumanoid form of Vampiric Mammoth.

He is portrayed by Eiji Go. His Vampiric Mammoth form is voiced by Eken Mine.

Baron Fang and his Fang Clan were summoned from Africa to Japan to combat Kamen Rider V3 following the death of Doktor G.

After all the monsters in his Fang Clan were wiped out by Kamen Rider V3, Fang called on the spirits of Doovoo to grant him the power to transform into the Vampiric Mammoth so that he could defeat V3. In his final battle with the Kamen Rider, he was destroyed by V3's V3 Revolving Triple Kick. 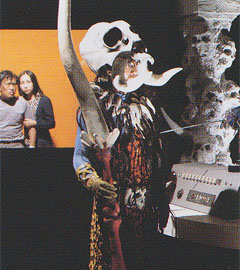 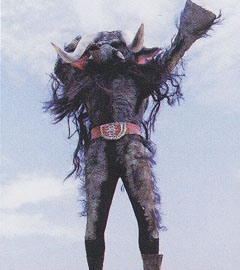 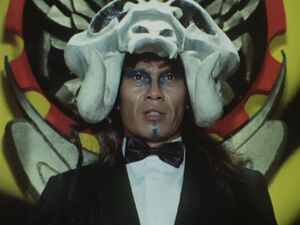 Baron Fang in a tuxedo. 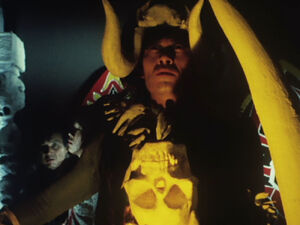 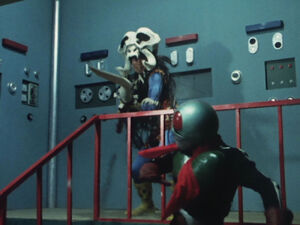 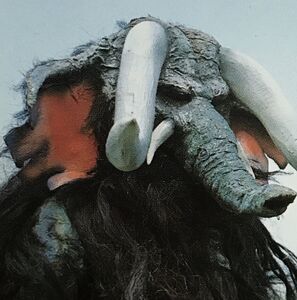 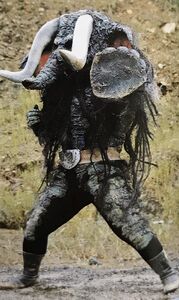 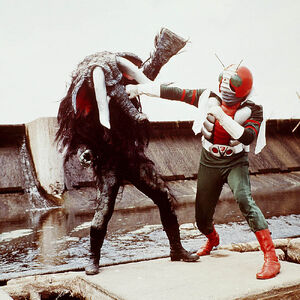 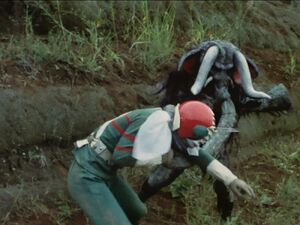 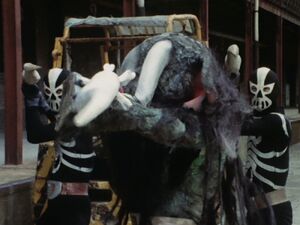