Ruler of Microspace
Overseer of the Body Banks

Sacrificing people to his Body Banks.
Experimenting on people.

Baron Karza is the main antagonist in the Micronauts. He is the despotic ruler of Homeworld and the archenemy of the Micronauts in both Marvel and IDW comics.

In the past, Baron Karza was the head scientist of the royal family on Homeworld, a planet located in Microspace. He was an instructor of Prince Arcturus Rann to help him prepare for his 1000-year mission to explore the Microspace. During the years in which Rann was on his mission, Karza planned a coup against the royal family that resulted in his exile. On the verge of death, he was rescued by a group of sun-cultists and recovered in their monastery. Upon learning their secrets of power and immortality, Karza murdered the cultists before returning to Homeworld, where he overthrew the monarchy and assumed control over Homeworld and a portion of the Microspace. Once in power, Karza created the Body Banks, allowing him to harvest limbs and organs to prolong the lifespan of anyone willing to pay. He also established a military force in the form of the Dog Soldiers to maintain control over his empire. In addition, Karza launches full-scale attacks on other planets across Microspace in an attempt to gain ultimate power.

Baron Karza ruled Homeworld for over 1000 years, transforming the planet into a cruel dictatorship where the poor and downtrodden are subjected to horrible conditions and regularly fall victim to Karza's Body Banks. Karza's rule was eventually opposed by the Micronauts, including Rann. The Micronauts have battled Karza numerous times, with Karza seemingly being killed on several occasions, only to return each time.

Baron Karza was ultimately killed in a final battle against the Micronauts, but not before butchering the entire population of Homeworld. In an attempt to restore life on Homeworld, the Micronauts attempted to sacrifice themselves in one of Karza's Prometheus Pits. However, Rann became corrupted by Karza's spirit, who attempted to undermine the Micronauts' efforts in an attempt to destroy Microspace. However, Rann's lover Marionette pushed the possessed Rann into the Prometheus Pits, destroying Karza and reviving Homeworld.

Baron Karza is a sadistic, arrogant, ruthless and psychopathic individual who craves ultimate power and knowledge. He is fully aware of his diabolical nature and takes pride in his evil, embracing his destructive ways. He revels in the suffering of others and feels no conscience over the massacres of entire races across the Microverse. However, Baron Karza is also very cunning and manipulative, and has proven himself to be a master strategist, often returning from the brink of death to continue his conquest of the Microverse. He is a master of biological engineering, having created the Body Banks, and extending his own lifespan over hundreds of years through biological and mechanical modifications. 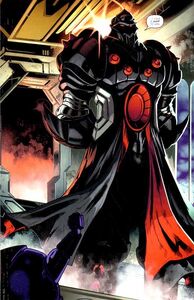 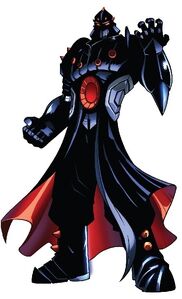 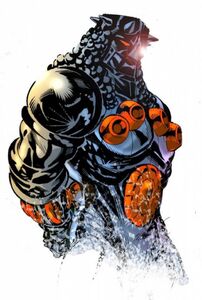 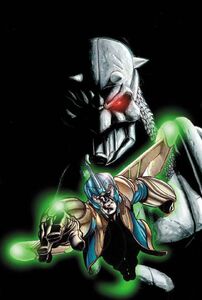 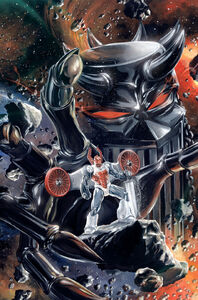 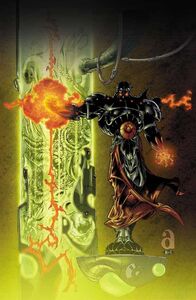 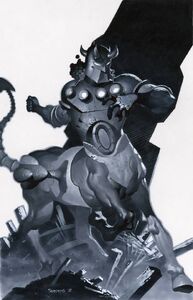