He was voiced by the late Edward Kelsey in the original series and by Ed Gaughan in the reboot series.

A very powerful toad and criminal mastermind he is behind innumerable schemes to cause trouble across the world and was a parody/homage of various spy villains (especially 007 villains) - he rarely got his own hands dirty however and preferred to have his many minions do his tasks while he sat and gave them orders, he was often seen with his pet caterpillar named Nero - which he treated like a cat. He also has a sidekick, a crow named Stiletto Mafiosa who refers to Greenback as Barone.

The recurring villain and Danger Mouse's archenemy; a toad with a wheezy voice, although, sometimes, he was referred to as a frog. Known as Baron Greenteeth in the unbroadcast pilot episode. Commonly known as the "Terrible Toad". In America, "Greenback" is slang for the dollar bills in many regions, adding to the sense of his commercial greed. Allegedly, he turned to a life of crime as a schoolboy when other children stole his bicycle and let all the air out of its tires. In the 2015 revival series, the character was renamed Baron Silas von Greenback and was given a German accent. 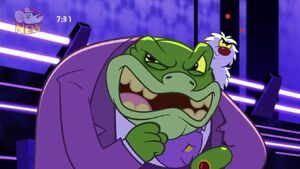 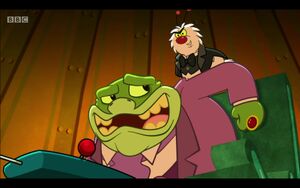 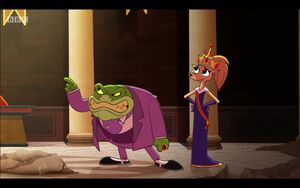 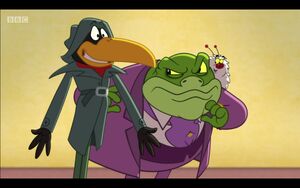