Leader/high-ranking member (depending on the continuity) of HYDRA

Kill Captain America and The Avengers.

Baron Wolfgang von Strucker is a major antagonist from Marvel Comics, an archenemy of Nick Fury and frequent opponent of the Avengers and the elite anti-terrorist organization known as S.H.I.E.L.D.

Baron Strucker, a former Nazi officer, is one of the leaders of HYDRA and an enemy of S.H.I.E.L.D., the Avengers, and the interests of the United States of America and of the free world in general. He has been physically augmented to be nearly ageless. He has been seemingly killed in the past only to return to plague the world with schemes of world domination and genocide, time and time again.

Baron Strucker came from a line of Prussian noblemen who were all military leaders, and was recruited by the Nazi Party in the 1930s. Strucker rose through the ranks and became leader of the Death's-Head Squadron and Blitzkrieg Squad. Strucker fought Nick Fury, Captain America, the Invaders and several other wartime heroes, losing every time. Adolf Hitler was angered by Strucker's many losses and ordered the baron's death. Finding an ally in the Red Skull, Strucker was sent to eastern Asia to build a power base; this eventually led to the creation of the international terrorist organization HYDRA.

Strucker eventually discovered a method of retarding his aging, and survived to the modern day relatively youthful. While holding the world hostage with his Death's-Head Spores, Strucker did battle with Fury, who had been administered the Infinity Formula, and also remained young and had become the head of the international espionage outfit S.H.I.E.L.D., HYDRA's chief opposition. He was killed when Fury used masks of himself and Strucker to trick Strucker's men into chasing their leader, who fled into the base nuclear reactor by mistake.

After Strucker's death HYDRA continued to menace the free world and do battle with S.H.I.E.L.D. and Captain America. In recent years Strucker returned, having been resurrected by HYDRA. Strucker has three children, super-powered twins Andrea and Andreas, the heads of the criminal cartel Fenris, and a son named Werner, whom he murdered himself. Strucker is physically potent; some of this strength may be a result of the same means that have kept him young. He sometimes wields the Satan Claw, a red gauntlet that increases the wearer's strength greatly and emits a lethal electrical discharge. He wears a monocle over his scarred right eye.

Strucker became the financial backer of a reconstituted team of New Thunderbolts, even though the Thunderbolts, when commanded by Baron Zemo, used their knowledge of HYDRA's organization to inflict severe damage and build up their reputation as heroes. At about this time, the Asian death-cult leader Gorgon and Strucker's wife (Baroness Hydra, Satan worshiper and chief financier of HYDRA) staged a coup and threatened to kill Strucker. They later bragged about having Strucker beheaded. It was later explained that this Strucker was "a flawed, but genetically accurate" clone.

The real Strucker was rescued and kept in stasis before being freed by the Swordsman (who turned out to be his son, Andreas) and then Baron Zemo. Strucker agreed to work with Zemo in his grand plan to take over the world.

During WWII, Captain America encounters Strucker on a radio tower where they fight. Here, he uses a weapon called the Satan Claw. He is defeated when they both free fall off the tower. 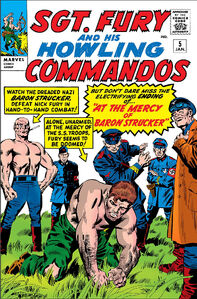 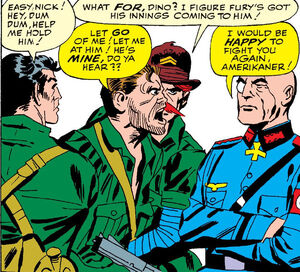 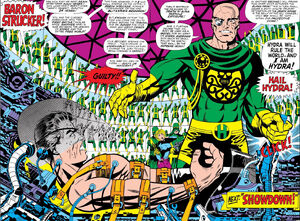 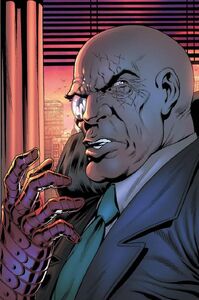 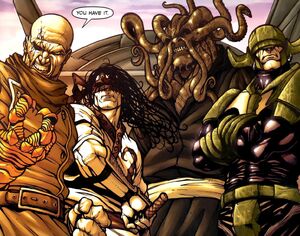 Strucker alongside the other leaders of HYDRA. 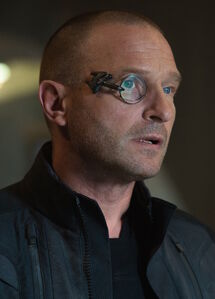 Strucker in the Marvel Cinematic Universe. 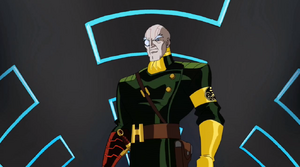