Plotting the destruction of his enemies.

Kill Captain America and take over the world (failed).

Baron Heinrich Zemo is a powerful Nazi scientist and soldier who appears as a major villain in Marvel Comics, most commonly serving as an enemy to Captain America as one of his archenemies alongside Red Skull. He was the founder and original leader of the original Masters of Evil and the main villain of any storyline involving them.

He was killed in the Avengers story but his legacy lives on with his son Helmut Zemo who took over the mantle.

After his original plot to use his "death ray" against the Allies failed, Zemo wore a purple cowl to conceal his identity. He was working on a new chemical-warfare weapon called Adhesive X, when Captain America infiltrated his laboratories to stop him. During the fight, the substance covered Zemo's head, fusing the mask to his skull. Enraged to the point of insanity, he began his quest for revenge against Captain America and all mankind.

Zemo continued to fight against the Allies throughout World War II, until Captain America was frozen in the icy sea. After the war, Zemo retreated to a base in the South American jungles. Over the following decades, Zemo constructed a device to use his death ray against entire cities. About the same time, Captain America re-appeared, joining the super team called the Avengers. Zemo created his own team of supervillains, calling them the Masters of Evil, in order to destroy the Avengers, but they failed. Zemo clashed with the Avengers several times after that.

Zemo met his end when, during a battle with Captain America in his jungle base in which he was using his death ray against his foe, he was blinded by the reflection of Cap's shield, and began firing the ray blindly, creating an avalanche of rock that buried him. He was succeeded by his son, Helmut Zemo, who became a modern version of his father and continued to battle the Avengers. 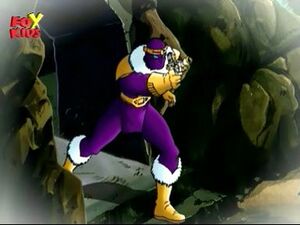 Baron Zemo in The Avengers: United They Stand. 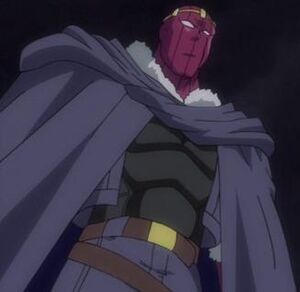 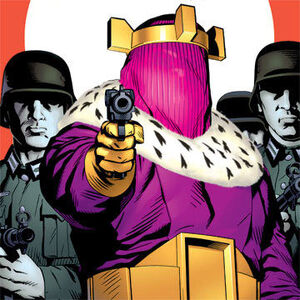 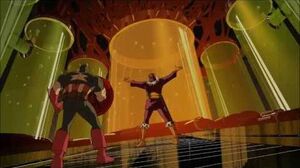 Baron Zemo Is A Suave Snob-0 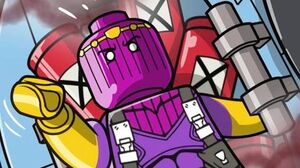 Retrieved from "https://villains.fandom.com/wiki/Baron_Zemo_(Marvel)?oldid=4268025"
Community content is available under CC-BY-SA unless otherwise noted.