Helmut Zemo, better known as Baron Zemo or Baron Zemo II, is a major antagonist in Marvel Comics. The son of the original supervillain Baron Zemo in a long line of royalty, Helmut Zemo took up his father's legacy and became a modern version of the infamous super-Nazi. He serves as the main antagonist of his fare share of arcs, particularly those involving the Masters of Evil acting as their leader. He serves as the second archenemy of Captain America after his father's death. He is the secondary antagonist of the Captain America comic book series and a major antagonist in the Avengers series.

Wanting revenge on Captain America for his father's death, Helmut first took on the guise of the supervillain Phoenix (not to be confused with Jean Grey/Phoenix/Dark Phoenix) but was defeated and fell into a vat of chemicals, disfiguring his face. He later appeared as the next Baron Zemo, and lead a new version of the Masters of Evil, defeating the Avengers and taking over the Avengers Mansion before being overpowered by Captain America. He battled the Captain and the Avengers several other times after.

When the monster Onslaught seemingly killed Captain America and the Avengers, Zemo was distraught, as he saw his life was now meaningless without an archenemy. He then decided to form a team of supervillains and masquerade as heroes in hopes to gain the trust of the public. He took the name Citizen V and called his new team the Thunderbolts. His plan succeeded and everyone believed that the Thunderbolts were heroes. When he finally gained enough resources and actually took over the world, the rest of his team turned on him and mutinied because they had actually enjoyed being good.

Zemo had many later run-ins with Captain America, the Avengers, and the now-good Thunderbolts. After a while, Helmut began rethinking his villainous lifestyle and became more of a neutral character.

Daniel Brühl portrayed Helmut Zemo as the main antagonist in Captain America: Civil War and a supporting antagonist in The Falcon and the Winter Soldier.

The Avengers: United They Stand

Phillip Shepherd voices Baron Zemo II in The Avengers: United They Stand, where he leads the Masters of Evil to get his revenge on Captain America.

David Kaye voices Baron Zemo in Avengers Assemble, who is a high-ranking member of HYDRA who is an enemy of the Avengers.

In LEGO Marvel's Avengers, Baron Zeno is the villainous protagonist of the 'Masters of Evil' DLC level pack, alongside with Radioactive Man, Nathan Garrett the Black Knight, and the Melter to stop two Avengers members (Iron Man and Thor) to finish their operation. 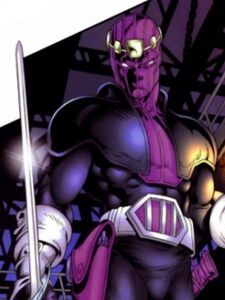 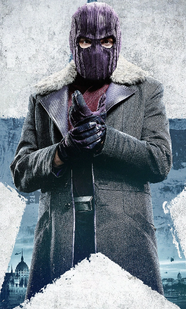 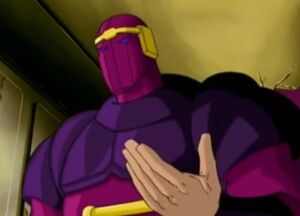 Baron Zemo II in The Avengers: United They Stand. 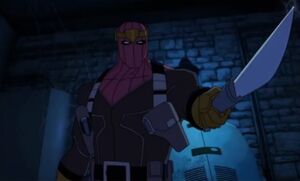 Retrieved from "https://villains.fandom.com/wiki/Baron_Zemo_II?oldid=4296089"
Community content is available under CC-BY-SA unless otherwise noted.