Psychotic Nazi
Baroness Paula Von Gunther, also known as Warmaster, is a villainess from DC comics. She was created by William Moulton Marston and first appeared in Sensation Comics #4.

Baroness Von Gunther was Wonder Woman's first recurring villain. She was a ruthless Nazi spymaster, evil scientist, and femme fatale. She was executed by the electric chair and later revived by an electric machine that she invented. Wonder Woman found that Von Gunther was working for the Nazi's because her daughter was held captive. Wonder Woman went on a daring raid and rescued her daughter Gerta. She turned on the Nazi ring and joined forces with the Amazons. She was taken to Transformation Island, the rahabilitation community of the Amazons.Paula von Gunther had reformed by 1943 and was accepted by Aphrodite as a new member of the Amazons.

Baroness Paula Von Gunther was a ruthless Nazi occultist and a personal assistant to Adolf Hitler during World War II. Hoping to harness the power of Johnny Thunder's Thunderbolt for her own evil ends, the Baroness summoned the ancient spirit Darl angel, who took over her body. Channeling Dark Angel's powers, Von Gunther attacked the JSA and trapped them in a magical cage. Hippolyta, the Golden Age Wonder Woman, freed her heroic team mates and Von Gunther was separated from the Dark Angel spirit.

Dark Angel became a constant foe of Hyppolyta and her daughter Troia, while von Gunther renounced her ties to the Nazi party and relocated to Thymescira where she became a prominent scientist, inventing the Purple Healing Ray. 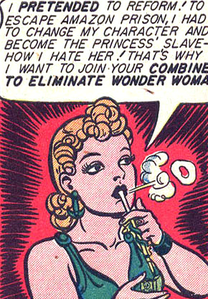 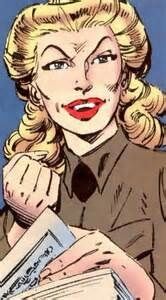 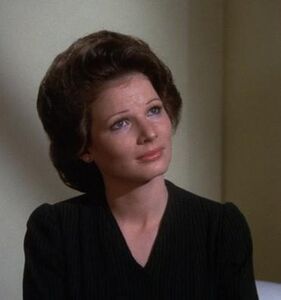