Combat PewDiePie and his friends

Barrels are enemies of PewDiePie. They are also the main antagonists of the video game PewDiePie: Legend of the Brofist.

Barrels are recurring villains and the archenemies of the YouTuber PewDiePie. They tend to be alcoholic, bullying, immature, and perverted versions of standard wooden or metal barrels. PewDiePie hates them because they hide items from him, block his way, work or conspire with others to destroy him, degrade and verbally assault him, or, in some cases, have tried to kill him personally. However, due to their limited mobility, they tend to specialize in taunting and discouraging him. It is not fully known why barrels hate PewDiePie, but it does not remove the fact that PewDiePie does not act much nicer to them. They are constantly smashed, thrown, and verbally assaulted even if they haven't done anything to PewDiePie yet.

PewDiePie: Legend of the Brofist

On rare occasions, peace has come between PewDiePie and the barrels. The first time was when PewDiePie played Prop Hunt and disguised himself as a barrel. However, he did not acknowledge the irony of his disguise. During Alien: Isolation, barrels exploded and defeated a xenomorph, saving PewDiePie. PewDiePie thanked them and recognized their sacrifice. During his playthrough of Lucius, PewDiePie allied himself with the barrels due to him playing a villainous character. PewDiePie also reluctantly used a barrel as his monster during the Pokémon Amnesia mod. Barrels also helped during Alice: Madness Returns by blowing up enemies. 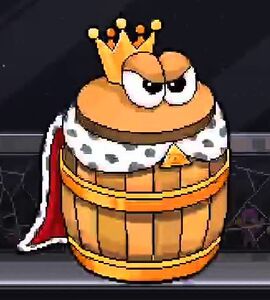 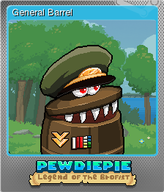 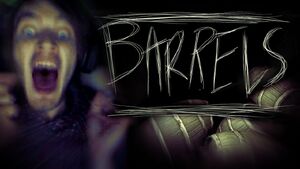 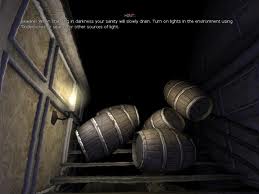 Barrels attacking
Add a photo to this gallery
Retrieved from "https://villains.fandom.com/wiki/Barrels?oldid=3770687"
Community content is available under CC-BY-SA unless otherwise noted.