Star Wars: Attack of The Clones

Control over the Force

Show her protest against the Clone Wars (failed).

Barriss Offee is a recurring character in the Star Wars franchise. She serves as the main antagonist of the Jedi Temple Bombing arc (and therefore the final antagonist) in the fifth season of the TV show Star Wars: The Clone Wars.

She was a Mirialan Jedi Knight, General, and Healer. She carried a blue lightsaber (later Asajj's two red lightsabers) and was once a friend to Ahsoka Tano. She serves as a minor character in Star Wars episode II: Attack of the Clones as well as a recurring character in Star Wars: The Clone Wars serving as a mentioned character in Season One, and a supporting protagonist in Seasons Two, Three, and Four; before becoming one of the main antagonists of Season Five.

In Attack of the Clones she was portrayed by Nalini Krishan and voiced by Meredith Salenger in the Star Wars: The Clone Wars TV series.

Barriss was once the loyal Jedi Padawan of Luminara Unduli and a skilled healer. In the period of the Clone Wars, she earned the rank of Jedi Knight and General. However, as she was fighting in this galactic conflict, she slowly realized how bad it truly was and came to blame the Jedi Order for causing it in the first place. This led her to secretly turn to the dark side.

Fueled by delusion and immoral, to show her protest, she launched a secret bombing on the Jedi Temple. She forced Letta Turmond to feed explosive nano-droids to her husband, Jackar Bowmani, who worked in the Jedi Temple as a munitions expert. The next day in the hanger, nano-droids blew up, killing Jackar and six Jedi as well as clone troopers. All evidence led to Letta and she is sent to the prison. When Ahsoka came to see her, Letta was Force-choked to death by Offee, but it was Ahsoka who ended up in the prison for "killing" her.

Offee later entered the prison, killed several guards and helped Ahsoka to escape, with her believing it was her master, Anakin Skywalker, who helped her. Unfortunately, Ahsoka was blamed for killing the guards and had to flee and attempt to prove her innocence. She contacted Offee, who pretended to help her and led Ahsoka to a warehouse. She then knocked off Asajj Ventress, stole her mask and lightsabers, and attacked the Togruta, disguised as Ventress. Their duel ended when Ahsoka fell off a balcony, landed near crates of nano-droids, and was arrested by the clones. Shortly afterward, Ahsoka was brought before the Jedi Council, who proceeded to expel her from the Jedi Order, stripping her of her rank, title, and battlefield privileges, and turned her over to the Republic military courts so she could receive more "impartial' judgment.

However, Anakin was the only one who correctly believed Ahsoka was innocent and hunted for proof of the real culprit. He questioned Ventress who told him that Ahsoka was in contact with Offee, making him suspicious. He came to the Mirialan's quarters where he talked to her about his investigation. Realizing that Anakin was onto her, and was about to attack her with his lightsaber, Barriss decided to drop her cover by pulling out Ventress' blades to defend herself. They fought throughout the temple, during which, Anakin chastised her for betraying Ahsoka, only Barriss to respond by saying that trust is overrated and that violence is what the Jedi believe in anymore. Their fight took to the courtyard, where Barriss was finally defeated and captured.

Anakin then brought Offee to Ahsoka's trial, thus saving his Padawan from capital punishment. Offee fiercely stated what she believed to the entire court: She felt that the Jedi had grown corrupt and were the ones truly responsible for the Clone Wars; that they are the real villains, the real ones to be put on trial. Barriss also stated that it was only a matter of time before they and the entire Galactic Republic would fall. Afterward, she was imprisoned while all charges against Ahsoka were dropped. The young Togruta was personally invited by the Jedi Council to rejoin the Order, but she refused and left, having lost faith in the Council for not believing in her.

It's unknown what happened to Barriss Offee after her trial (in the canon version of Star Wars), but it's possible that like all other Jedi, she was seen as a threat to the coming Empire (even though she was not a member of the Order any longer) and was killed along with other Jedi during Order 66. Her former master, Luminara Unduli was betrayed and killed. Offee's master's bones were later used by The Grand Inquisitor to lure the Jedi who survived Order 66 from their exile.

Barriss in Lego. Minifigure released in 2010. 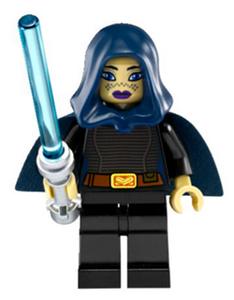 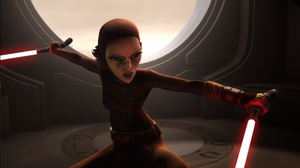 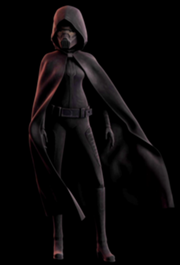 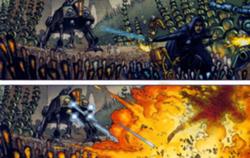 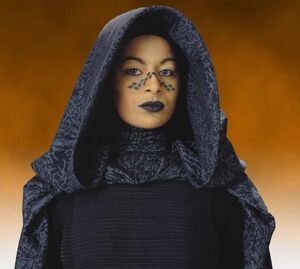 Barriss Offee in the live-action films. 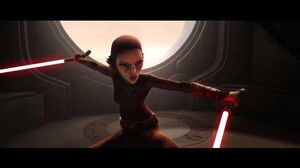 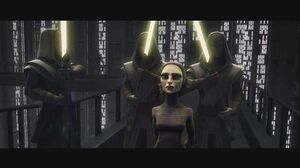