To restart Fractale by using Phryne without interference.

Barrot is the secondary antagonist (next to Archpriestess Moeran) in the anime series Fractale.

He was voiced by Mitsuro Miyamoto in Japanese and English dubbed by Bucky Pearl.

In the anime, he is Phryne's father and a priest in charge of raising her to becoming a "key" to restarting Fractale. Throughout the show, he often tried to receive her back by using airships. Eventually, Phryne turned herself in to him to avoid more trouble for her friends. By the time they did, Barrot did a gynecological exam on her to make sure she wasn't "spoiled".

It was also shown that he was sexually attracted to his own daughter, which crosses the Moral Event Horizon. In the final episode, he reveals to Clain and Nessa that the real reason he has clones of Phryne; it was for his own sexual pleasure. He gets stabbed by Phryne with a knife and dies, though she felt shocked about it. 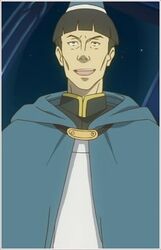 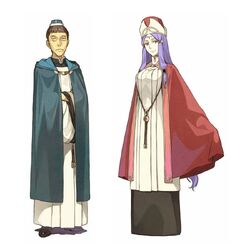 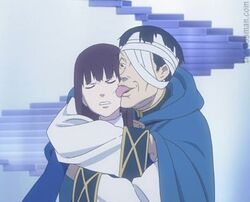 Add a photo to this gallery
Retrieved from "https://villains.fandom.com/wiki/Barrot?oldid=4248474"
Community content is available under CC-BY-SA unless otherwise noted.