Barry Kahn (also known as Barry Karn) is the main antagonist of the Dragon Ball Super two-part episode "Gohan's Misfortune! An Unexpected Great Saiyaman Movie?!" and "For The Ones He Loves! The Unbeatable Great Saiyaman!!". He is a young notorious actor and a very popular celebrity who later proved to care nothing more than his fame.

He is first shown in a magazine during the Majin Buu Saga. He was cast to play Great Saiyaman and gets jealous of Gohan being married to Videl and gaining all the attention as his stunt double in the movie. Later he blackmailed Cocoa in order to ruin Gohan's family by inviting him to rehearsal for the movie but refuse to do it. Barry did followed them pictures of Cocoa kissing Gohan while learning that he's the Great Saiyaman.

Barry then used pictures of the kiss to convince Videl her husband had been unfaithful while acting concerned in an attempt to woo her. However, she is not so easily fooled, seeing through Barry's acting as she knows that such behavior is out-of-character for her pure-hearted husband. Videl states he is pathetic and forces him to leave. Barry, however, swears he will reveal Great Saiyaman's true identity after being forced again by Gohan to leave their house.

He is possessed by the space criminal Watagash while on set for the Great Saiyaman vs Mr Satan movie. and his evil nature allows Watagash to increase Barry's power allowing both the space criminal and Barry to take revenge on Gohan. Barry kidnaps Pan to draw Gohan out though Gohan fights him as Great Saiyaman to save his daughter. Feeding off Barry's evil nature and hatred of Gohan, Watagash allows him to transform into three stronger forms each more monstrous than the last. He tries to kill Great Saiyaman, although Gohan defeats him by transforming into Super Great Saiyaman and ultimately defeats Watagash, freeing Barry from the possession. Cocoa then makes sure Barry's blackmail will never happen, by threatening to expose that he was the monster Gohan fought, forcing him to keep that knowledge to himself to protect his own reputation and career.

Barry is a callous, spoiled, petty, narcissistic person. He assumes the form a demon after the Watagash posses him going as far as kidnapping and putting baby Pan's life in danger and trying to kill Gohan in front of the entire public. One should note that the creature didn't chance him in the slightest. He was more than capable of doing this even if he wasn't being controlled. Barry's spoiled nature is also shown when he tries to frame Gohan. He clearly expected Videl to start dating him once he showed her the photos of Gohan supposedly cheating on her. As Videl herself stated, this makes Barry nothing more than a spoiled brat who gets furious whenever someone displays anything other than sheer praise when interacting with him. 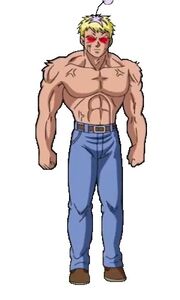 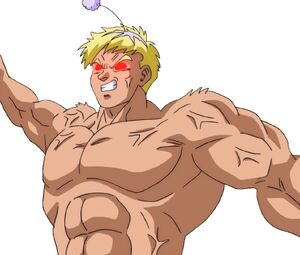 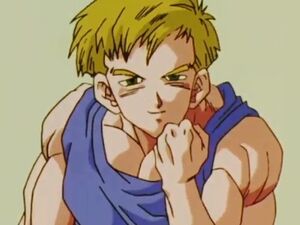 Retrieved from "https://villains.fandom.com/wiki/Barry_Kahn?oldid=3545428"
Community content is available under CC-BY-SA unless otherwise noted.