The Bart Goblins are a group of terrible goblins created by Bart Simpson's D.N.A. and the main antagonist race in The Simpsons episode "Simpsorama", a crossover with Futurama.

Like their source, Bart, they were voiced by Nancy Cartwright, who also voices Nelson Muntz and Kearney Zzyzwicz in the same show.

After their creation, they destroy much of the City of New New York, they also killed Linda von Schoonhoven while she leads the news, but Morbo escapes in time.

At first, the Planet Express members wanted to kill either Homer or Marge, believing that either one of them is responsible, but it turns out to be Bart, so the team decides to kill him to prevent the catastrophe.

But in the end, it turns out that Bart accidentally put his sandwich (containing his D.N.A) in the time capsule, and it came into contact with Milhouse's lucky rabbit foot and some toxic ooze, which created the creatures in the first place. As such, the Simpson family and the Planet Express join forces to finally defeat the Goblins by sending them into space by trapping them in the Madison Cube Garden. 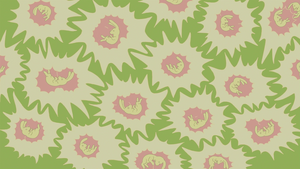 The D.N.A of a Bart Goblin. 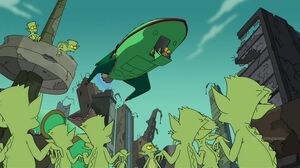 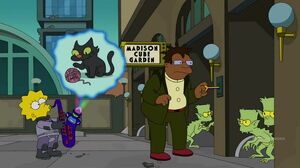 Homer holding a Bart Goblin before ripping it's head off. 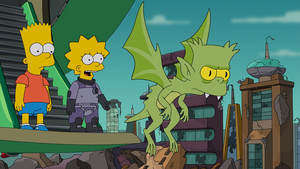 A Bart Goblin with wings. 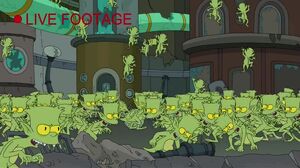