Harry Potter and the Goblet of Fire

Defense Against the Dark Arts teacher (while disguised as Moody)

Serving Lord Voldemort better than any other Death Eater.

Return Voldemort to power by getting Harry through the Triwizard Tournament (both succeeded).

Kill Harry Potter to be honored by the other Death Eaters (failed).

Bartemius "Barty" Crouch, Jr. (gone undercover as Dark Wizard hunter Alastor "Mad-Eye" Moody) is the main antagonist of the 2005 film Harry Potter and the Goblet of Fire, the fourth installment of the Harry Potter film series.

He is a Dark Wizard and an infamous Death Eater who tortured Frank and Alice Longbottom into insanity under the orders of Lord Voldemort. Years later, he escapes from the Azkaban prison and impersonates the Auror Alastor "Mad Eye" Moody to engineer his master's return alongside Peter Pettigrew so Voldemort can finally face and kill Harry Potter.

He was portrayed by David Tennant, who also played Kilgrave in Marvel's Jessica Jones, Sir Piers Pomfrey in the St Trinian's 2: The Legend of Fritton's Gold, Cale Erendreich in Bad Samaritan, Dread the Evil Genie in Jake and the Never Land Pirates, Lord Commander in Final Space, Wilf in Postman Pat: The Movie and Brendan Block in Secret Smile. Whilst disguised as Alastor Moody, he was portrayed by Brendan Gleeson, who also played John C. McCloy in Mission: Impossible II and Raynald of Châtillon in Kingdom of Heaven.

His role in the film is mostly similar to his role in the book; he disguises himself as Moody and puts Harry's name in the Goblet of Fire. However, there are a few changes: 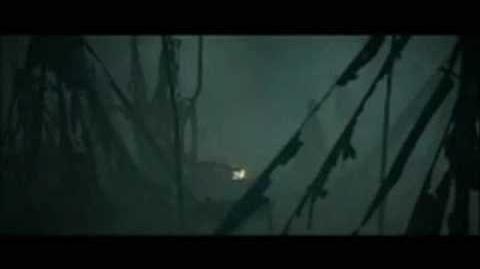 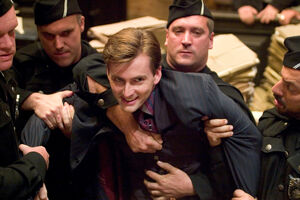 Barty being arrested by Aurors

Barty before the rebirth of Lord Voldemort in 1994. 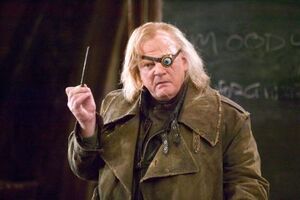 Barty watches as Harry Potter enters the hedge maze during the third task.

Barty beginning to change back to himself. 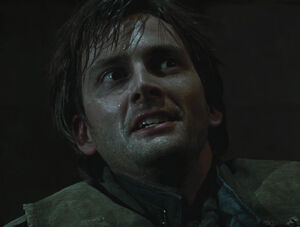 Crouch after he has been exposed. 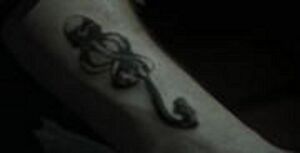 Barty shows the Dark Mark tattooed on his arm.