Are good at hiding their criminal activities.
Are extremely devoted to their cause and will even kill themselves to avoid being captured or compromised.
Have some metahuman operatives in their employ.

Weaken anyone they consider an enemy while strengthening themselves for a possible upcoming war (ongoing).

Basilisk is a criminal organization in the DC Comics universe. They are a group of terrorists and cultists who are fanatically committed to win the upcoming "war" between metahumans and aliens while eliminating other organizations that threaten their goals and interests. This has made them enemies of Manuel Lago, Amanda Waller and the Suicide Squad.

Basilisk becomes known after Manuel Lago discovers that his father was murdered by them and goes rogue from the CIA (whom he was member of) in order to get revenge. Lago takes out Basilisk members that were involved in the incident until he is captured and brutally tortured by mutilation. Basilisk discovers, while torturing him, that Lago can regenerate any damage from his own body even including missing limbs. They continue to torture him and for several weeks and get rid of the amputated limbs and place them in a separate room. However, these body parts would form into duplicates of Lago, referring to themselves as Mob Rule. The clones would help Lago get out of his cell and assist in his escape from Basilisk.

Later the Suicide Squad are dispatched to infiltrate Basilisk to find one of their scientists, Dr. Elisha Visyak, after she created a nanite virus that killed several people at a stadium. Unfortunately, the group is eventually caught by one of their metahuman agents Grey Lora and are interrogated by her on the whereabouts of Wong Fon Shay. Deadshot tells her that she is dead. This makes it personal for Grey Lora due to that Wong was apparently related to her (both have very similar appearances of each other). It is revealed that Wong was murdered by Captain Boomerang in a previous hit. After this realization, Boomerang is shot by Deadshot and he is held hostage by Grey Lora. Deadshot makes an offer with Grey Lora that if she lets him and his team leave alive (except Boomerang), he will tell her where Wong's body is and claims he knows the location. He is successful and they leave with no other casualties.

The Squad would eventually confront Basilisk again after they landed on the island of Yucatán on the Gulf of Mexico, after they get captured and are about to be sacrificed by the local natives of the island but are stopped due to Basilisk's intervention. The Basilisk soldiers are being led by Captain Boomerang, who survived his encounter with Grey Lora by bargaining with her. The Squad is taken to a temple that was turned into a Basilisk concentration camp and meet Basilisk's leader Regulus (DC). He offers them to join his group but they decline. After this, they are taken away until Captain Boomerang suddenly attacks Deadshot and breaks his bonds which in doing so frees him of his restraints. Captain Boomerang is revealed to actually be Waller's mole within Basilisk. Boomerang and the rest of the Suicide Squad then attempt to escape but gets shot by Black Spider, who turns out was the traitor and double-agent the whole time. Black Spider then activates the sleeper agents within the Squad who are King Shark, El Diablo (DC) and Iceberg to eliminate the other Squad members.

During the battle, Black Spider gets shot in the head by Deadshot and escaped with Harley Quinn, who is the only other member who isn't brainwashed by Basilisk. However, the Black Spider that was killed turned out to be a decoy and the real one was at Waller's house and took her mother hostage in an attempt to lure Waller out and kill her. Despite the odds against Waller when additional Basilisk troops show up, Waller takes them out and incapacitates Black Spider by piercing one of his eye lenses with the sharp heel of her shoe.

While Deadshot and Harley Quinn are still in the Basilisk base, they get cornered by their former comrades. However, by using various means, the duo are able to get them to snap out of their trance but they suffer injuries in the process. Captain Boomerang later arrives with metahuman prisoners he helped freed and regroups with the Squad where they move out to search for and kill Regulus. Deadshot gets captured by Regulus and is forced to shoot Harley Quinn when she gets hypnotized. However, he shoots himself through the chest and hits Regulus in the process. Despite Regulus being fatally wounded, he survives and escapes as no body was found. Basilisk's current operation is working on "Project Kaizen" and they need Black Canary to accomplish this task. 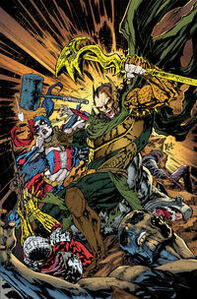 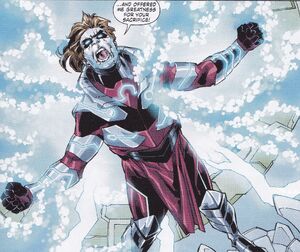 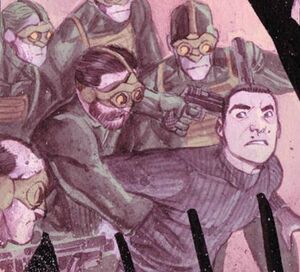 A Basilisk soldier claiming his devotion before he commits suicide 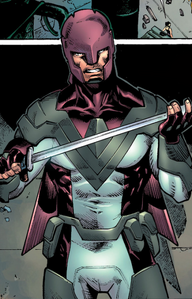 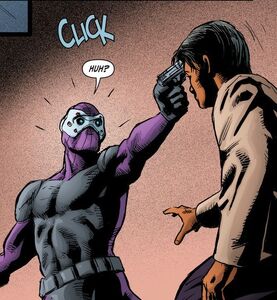 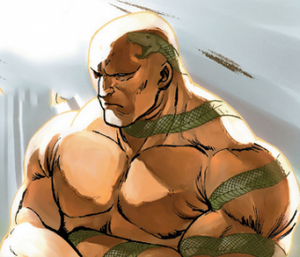 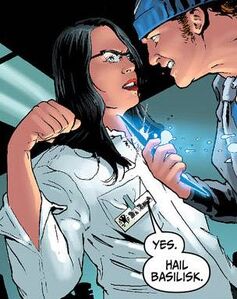 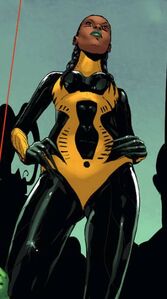 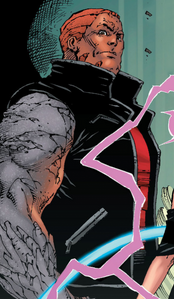 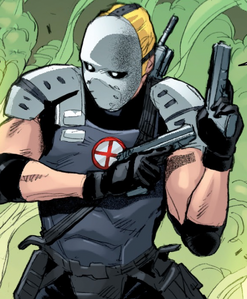 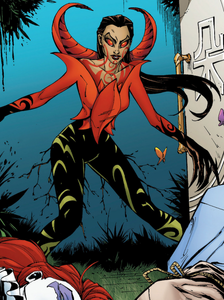