Eradicate all mutants by any and all means.

Bastion is a villain from the X-Men franchise published by Marvel comics and one of the group's many powerful enemies. A mystical fusion of human and Sentinel, he is considered a major threat to Xavier's dreams of human/mutant co-existence. Being a fusion of nimrod as the ultimate sential and master mold He was the main antagonist of servesl story stories such as both the Messiah Complex and the Second Coming story arcs.

Bastion was "born" when the giant robotic Sentinel Master Mold fought the X-Men, who saw no other way to stop the virtually indestructible amalgam except to force it through the Siege Perilous, a pan-dimensional portal which subjects those who pass through to the judgment of the universe's higher powers.

Bastion also killed a Daily Bugle reporter then captured Jubilee. Soon after, Bastion was remanded into SHIELD custody, but he escaped and returned to the former OZT facility. There, Bastion survived and was recaptured by SHIELD.

Bastion possesses enhanced strength, speed, and endurance, flight via jet boots, command of other Sentinels, immunity to mutant attacks, laser vision and can shoot a laser beam from his hands. He is also immune to psychic reading from telepaths.

Bastion also serves as the chief antagonist and final boss of the video game X-Men Destiny.

Bastion appeared as both a villain and a boss in the video game X-Men II: Rise of Apocalypse. He created the Perimeter Platforms, a facility with a series of advanced cannons and other weapons found on the coast of New York and used it to attack all escaping residents (both human and mutant alike) of war-torn New York during Apocalypse's invasion and new establishment of his prison camps in his obsessed search of the "Four who are One" (Sabretooth, Quicksilver, Emma Frost and Polaris), as well as to eliminate incoming Sentinels reprogrammed and sent by Bolivar Trask to rescue all the New York refugees. He was defeated by both the X-Men and the Brotherhood of Evil Mutants and the Perimeter Platforms were inactive and possibly destroyed after the battle. 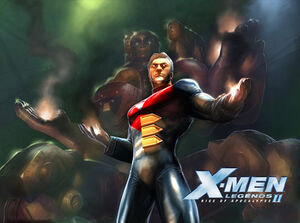 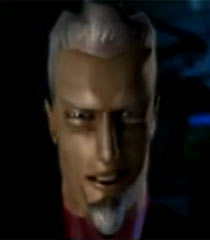 Bastion in X-Men: Next Dimension 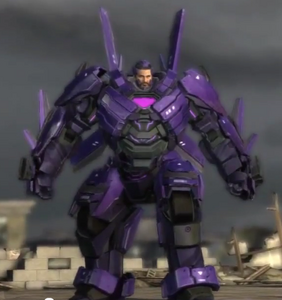 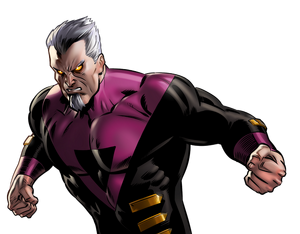