Biting people to turn them into vampires.

Monster
The Bat Man, also referred to as Human Bat, is a kaijin created by Shocker and an antagonist in Kamen Rider.

He was voiced by Eken Mine and portrayed by Yoshinobu Sano in his human form.

Bat Man was turning people into vampires when he encountered Kamen Rider 1. In their fight, he is destroyed by Rider 1's Rider Throw. Afterwards, Rider #1 used its own claws to cure the people infected by it.

He was later resurrected by Shocker as part of the Revived Kaijin Army against Rider 1 but is destroyed again along with his fellow revived Inhumanoids when Tokageron's Barrier Destruction Ball is used against them. Bat Man also made a brief return appearance in the monster army of the Kamen Rider vs. Shocker movie, but did not actually have an active participation there

In the original manga, Bat Man got impaled with a cross by Kamen Rider #1.

In Kamen Rider Spirits, there exists a character similar to Bat Man who was once part of Shocker, Father Petrescu. 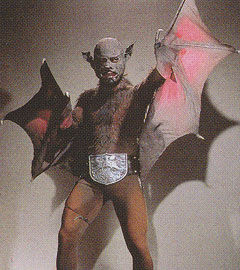 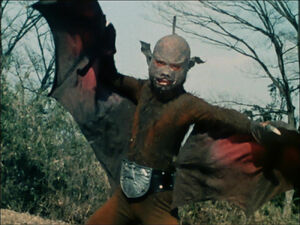 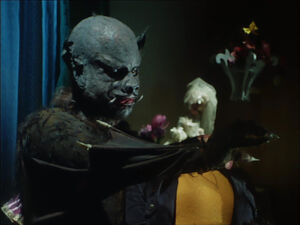 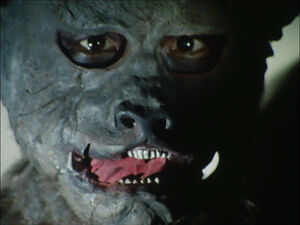 Retrieved from "https://villains.fandom.com/wiki/Bat_Man?oldid=4188633"
Community content is available under CC-BY-SA unless otherwise noted.