Batroc the Leaper, real name Georges Batroc, is a fictional villain from Marvel Comics. His first appearance was in Tales of Suspense #75, 1966.

He is a French costumed mercenary who specializes in savate (also known as "La Boxe Française"), a form of kickboxing. Although he is mainly an enemy of Captain America, he has also faced off against the Punisher, Spider-Man, Deadpool, Hawkeye, Iron Fist, and Gambit. Batroc has occasionally led his own team, "Batroc's Brigade", whose membership has changed over time. The group has primarily fought Captain America. He has functioned as a member of Baron Zemo's Masters of Evil (one of the stronger recurring villain teams that plague the heroes of Avengers).

Batroc is portrayed by Georges St-Pierre and appears as a minor antagonist in the Marvel Cinematic movie Captain America: Winter Soldier. 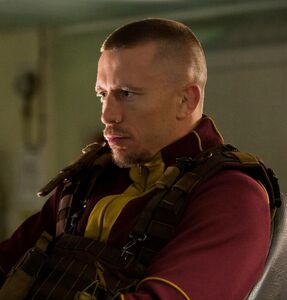 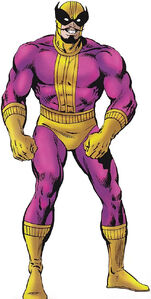 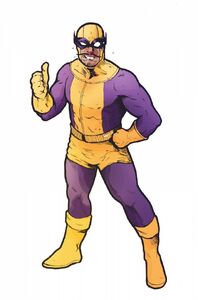 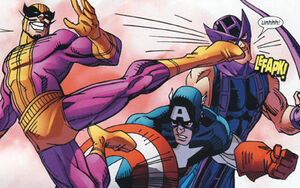 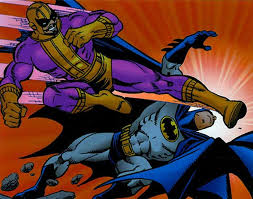 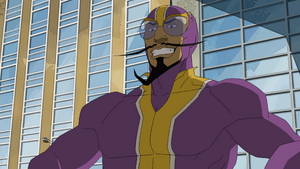 Batroc in Ultimate Spider-Man
Add a photo to this gallery

Retrieved from "https://villains.fandom.com/wiki/Batroc_the_Leaper?oldid=3847886"
Community content is available under CC-BY-SA unless otherwise noted.