Bats are winged mammals of the order Chiroptera. Throughout folklore, myths, and fiction, bats have been portrayed as mysterious creatures. While in some folklore and myth they are seen as benevolent creatures, many fictions, mythologies, and folklores have portrayed them as malevolent creatures. Bats are considered to be especially frightening and unsettling creatures by those who suffer from chiroptophobia.

In Native American mythologies such as those of the Creek, Cherokee and Apache, the bat is a trickster spirit.

In Tanzanian myth, a winged bat-like evil entity known as Popobawa was said to assault people during the night, attacking them and violently sodomizing them. In 1995, this was the focus of a major outbreak of mass hysteria or panic which spread from Pemba to Unguja, the main island of the Zanzibar archipelago, and across to Dar es Salaam and other urban centers on the East African coast.

In Aztec mythology, bats symbolized the land of the dead, destruction, and decay, and were considered dark spirits.

An East Nigerian myth tells the story of the bat and the bush-rat, which tells how the bat murdered the bush-rat, and now only comes out at night to avoid being caught and punished.

In folklore, bats are commonly associated with darkness, witchcraft, and death. Their nocturnal habits and sometimes unsettling appearances make them recurring symbols of horror, and are used as popular icons during Halloween. In many works of fiction, bats are depicted as malevolent beings, and are used as common enemy types in forms of fantasy, science fiction, and horror. In many depictions of evil entities such as demons and even the Devil, they are portrayed with bat-like wings.

Vampire bats have also gained notoriety for their diet of blood. Because of this, bats are often associated with vampires, with some vampire legends stating that they can shapeshift into bats at will. Another common legend is that bats are hostile and, when attacking, tangle themselves in a target's hair, though this is untrue.

Additionally, bats have famously become the symbol/inspiration for DC Comics superhero Batman, due in part to the fact that the titular hero uses their image to frighten his enemies. 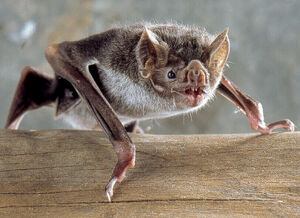 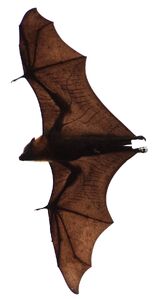 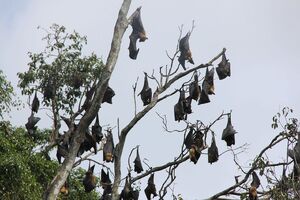 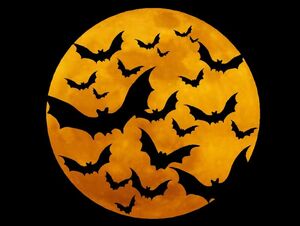 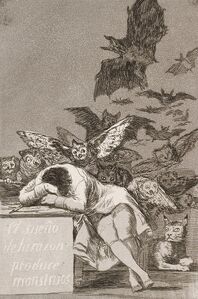 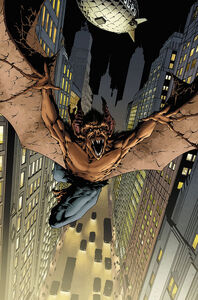 A bat in the survival video game Minecraft.
Add a photo to this gallery

Retrieved from "https://villains.fandom.com/wiki/Bats_(folklore)?oldid=3480569"
Community content is available under CC-BY-SA unless otherwise noted.