Capturing all toys they encounter

The Battlesaurs are the supporting antagonists in Toy Story That Time Forgot.

Mason, a friend of Bonnie, received for Christmas a complete set of Battlesaurs. However, he didn't play with them because he was more interested in his Optimum X console; as a result, the Battlesaurs were completely unaware they were toys, and reproduced their series' storyline with dangerous seriousness, capturing all toys they encountered. Only their Cleric was aware of their toy nature, but he considered the Battlesaurs had no use for play and kept them in their ignorance.

That all changed two days after Christmas, when Bonnie's toys arrived and were captured. Trixie and Rex, because they are dinosaurs, were welcomed in the tribe. However, the other toys were condemned to die. To save them, Trixie succeeds to get Bonnie and Mason to play with the toys, revealing to all of the Battlesaurs what play is. Following this, the changed Battlesaurs settled down on a more peaceful existence. 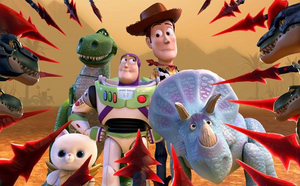 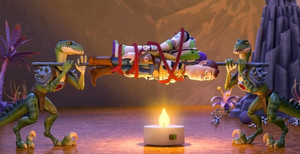 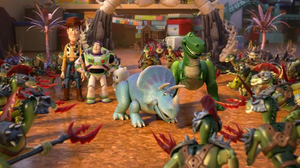 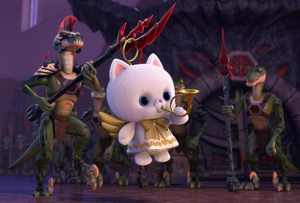