Hey bitches, screw all of you!Bayley after fully turning heel.

'Pamela Rose Martinez, better known under her wrestling alias of Bayley, is a professional wrestler currently signed to WWE. During her days in NXT, she was a beloved "face" all the way until September of 2019 when she turned "heel".

On the September 2, 2019 episode of Monday Night RAW, Bayley partnered with Becky Lynch with a match against Alexa Bliss and Nikki Cross, where Sasha Banks watches from the ramp. With Lynch closes in on winning the match, Banks interferes the match, disqualifying Bliss and Cross. Following the match, Banks hits Lynch with a steel chair continuously until Bayley stopped her. At first, it looked like she was stopping the assault when she snatched the chair from Sasha’s hands, only to assault Becky with the same chair, and align with Sasha, turning heel for the first time in her career. However, for the next month, her heel turn was not solidified. The WWE SmackDown on the night after, Bayley believed that she was still the most beloved, kid-friendly character she had always been, and said that she was teaching the kids how to be loyal. Soon after, she and Sasha Banks assault Charlotte Flair with a steel chair.

At Clash of Champions 2019, she defeated Charlotte Flair to retain the SmackDown Women’s Championship by hitting her head on a turnbuckle that she exposed, and promptly ran out of the arena. Gradually, Bayley has shown more aggression and doing whatever it takes to win. That was shown when she took out Alexa Bliss by injuring her knee in a tag match that also involved Sasha Banks and Nikki Cross.

After she lost the SmackDown Women’s Championship to Charlotte Flair at Hell in a Cell 2019, she threw a fit and broke down in tears. On the October 11, 2019 episode of WWE SmackDown, she was challenging Charlotte Flair for the championship.

She entered with with her trademark wacky, waving, arm flailing tube men, only to show a new haircut ditching her kid-friendly ponytail, and taking apart her own tube men with a pickax, embracing her full fledged heel character.

She defeated Charlotte Flair to win back the championship, and told all the fans off in a promo. 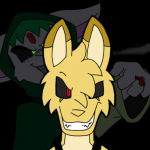