She was portrayed by Anna Brewster.

Bazine Netal was a human born on the planet Chaaktil under a different name, where she was left at an orphanage. She was eventually adopted by Delphi Kloda, who took her in and raised her in his combat school. As she grew up, she was taught a wide range of martial arts and killing techniques, giving her the nickname "Chaakrabbit".

When she was fourteen years old, she was given her first assignment by Kloda to steal an important item from one of his competitors. Netal found him and attempted to seduce him, but was discovered. The competitor lashed out with a flamethrower, which burned her head and most of her hair. Netal managed to pull knifes out of her boots and kill her attacker, completing the mission, but leaving burn scars on her scalp. After this, she adopted the alias Bazine Netal to protect her identity.

Years later, Netal was tasked by an anonymous client to retrieve a case from retired Stormtrooper Jor Tribulus. The client also stated that another hunter under the alias "Narglatch" would also be searching for the case. Netal took the job, and asked Kloda if she could borrow his ship. He agreed as long as she took his new student, the incompetent Orri Tenro, along. She reluctantly agreed. The two traveled to the planet Vashka, where they learned of Tribulus being located in a retirement facility that had since been overrun by vicious insectoid creatures known as Vashkan apidactyls. Netal drugged Tenro and knocked him unconscious, then made her way to the retirement facility. Using a thermal detonator to distract the apidactyls, she made her way inside the facility to find Aric Nightdrifter, another retired Stormtrooper who took her to Tribulus' corpse.

However, Netal was confronted by Kloda, who revealed himself to be Narglatch. He revealed that he intended on using her for this purpose since her adopted her, and she was little more than his pawn. He stole the case for himself and trapped Netal in a cage of apidactyl wax, then went and made an escape on a narglatch creature. With help from Nightdrifter, Netal escaped and used a thermal detonator to stop the narglatch. she knocked Kloda from the beast and proceeded to strangle him to death before shooting the animal and taking the case from its corpse and returning to the ship. It is assumed that she got her reward.

Netal was later hired by the First Order as a spy. She was stationed on the planet Takodana, where she posed as the girlfriend of big game poacher Grummgar and frequently met up at Maz Kanata's castle. She spied there until on day, when fugitives Han Solo, Rey, FN-2187, and the coveted droid BB-8 walked into the castle looking for Maz. Netal reported the arrival to the First Order, who proceeded to launch an attack on the castle. Netal escaped, but it is unknown what happened to her afterwards.

Bazine Netal is a human female standing roughly 1.7 meters (approximately 5.5 feet) tall. She has black hair, which is concealed under her hood, which also hides her burn scars and missing hair. She has fair skin and wears black makeup.

She wears a black and white dress with a shiny black hood. The patterns on the dress consist of spiral diamonds reaching down to the bottom. She also wears long black leggings, black boots, and Rishi eel ink on her fingers to hide her fingerprints.

Bazine Netal is fearsome and calculating, and uses these traits to manipulate and seduce targets and enemies. She is also very secretive and cunning, as she has always kept her birth name and past a secret to almost everyone. 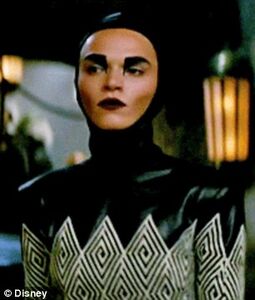 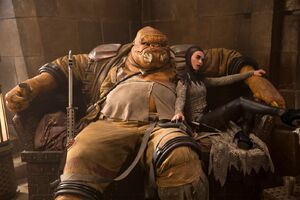 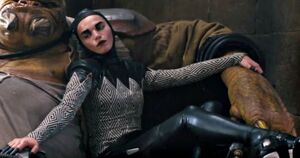 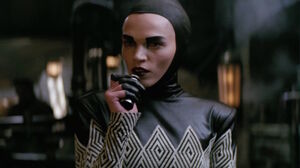 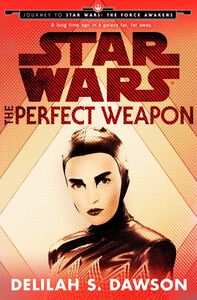 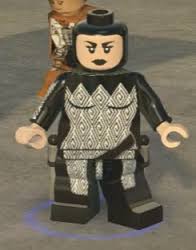 Netal as she appears in LEGO Star Wars: The Force Awakens. 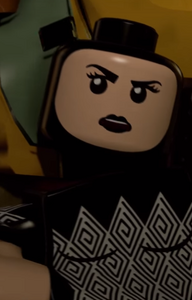