Bedovian is a supervillain in DC Comics. He is an alien resembling in many ways a monstrous hermit-crab. He is loyal to the Sinestro Power Corps - making him the sworn enemy of the Green Lanterns and a harbinger of fear itself.

Bedovian is an ancient, carnivorous, and hermit crab-like carnivorous monster. He is centuries old, almost entirely self-sustaining, and has the patience to wait for literally hundreds of years in search of his prey. Gifted with the ability to instill great fear, he was inducted into the Sinestro Corps and acts as their resident sniper. The shell he inhabits is known as a Fear Lodge. His incredible eyesight allows him to see across three sectors at a time.

During the Sinestro Corps War, he was awakened once again by Arkillo to lay siege to the planet Oa, home of the Green Lantern Corps during an invasion. He was shown to have murdered at least both Barin and Cundiff Cood. Green Lantern John Stewart, a former sniper for the United States Marine Corps, was finally able to find and blast away Bedovian, taking him out of action. It appears that while his shell was destroyed during the conflict, he was able to find a new one, and by Blackest Night he is still shown to be alive and an active Lantern. During Blackest Night, he uses his sniping skill to fire Dove (shielded by the beams of all six Lantern Corps) through the head of Black Lantern Anti-Monitor. 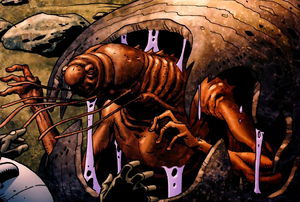 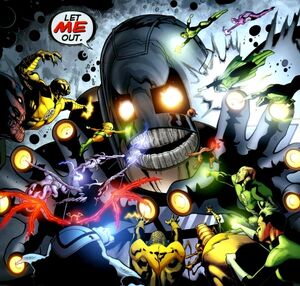 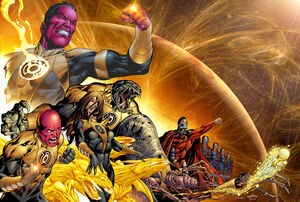 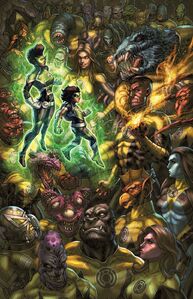