Make toast for the Master Beetle

Kill anyone who is useless

The Beetles are the main antagonists of the Spoilsbury Toast Boy series of web animations by David Firth. They are a race of gigantic humanoid beetles that rule a desolate world where humanity is scarce.

They force the remaining humans to make toast to feed to their master and kill any humans who fall ill. It is theorized that hey are symbolic of self-serving governments.

The beetles later force the Toast Boy and his sister Liache to make toast to feed to the Master Beetle. However, the master demands more toast and tells the beetles to throw Toast Boy's shoes into the broth.

Liache later goes to a beetle doctor, Doctor Jill, to get her stuffy nose treated. Doctor Jill tells Liache that mucus possesses some intelligence and suggests to her that she doesn't deserve to live.

Later, while Toast Boy is sleeping, a swarm of small beetles detect that Toast Boy was experiencing pleasant thoughts and enter his head. The beetles make Toast Boy witness disturbing images, including his grandma being raped by beetles.

Some other beetles cut open Liache and discover that she is full of keys. The beetles conclude that they must remove her nipples. They later end up drowning her.

Toast Boy eventually begins experiencing hallucinations of beetles, who tell him that his grandmother is a witch and suggest he kill her. Toast Boy soon finds his grandma dead, her head having been pushed into a fireplace. He later goes to a psychiatry clinic to get help. A beetle takes him over to a table and asks him to lie down, saying that he will "make things work". The beetle then summons a machine that stabs Toast Boy until he is dead. 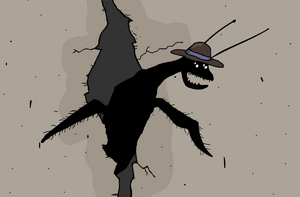 The Beetle in a Hat 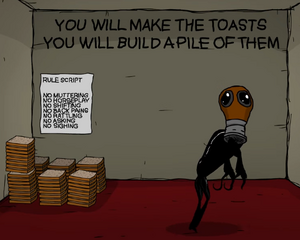 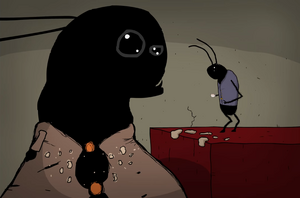 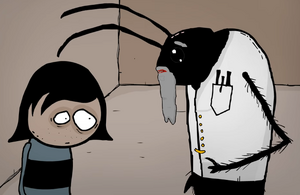 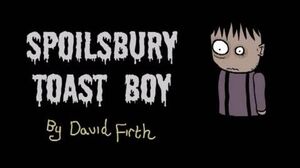 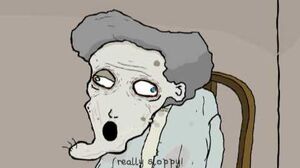 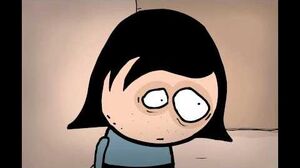