Keep Anson all to himself.

Beezel is an animated yellow cartoon-styled cat living in the real world with his owner Anson and his girlfriend Amy, and he is the titular main antagonist in the 2013 Razzie winning sketch comedy anthology film Movie 43. Although Beezel cannot (or does not) speak human language, he understands English perfectly and is able to process thoughts like a human being, walk on his hind legs and use his front paws like hands. Nobody ever comments on how he looks like a cartoon and not a real cat.

Beezel has a mad crush on Anson and loaths any woman who Anson might like, making Amy the target for Beezel's hatred. Despite Amy trying to tell Anson of Beezel's attitude towards her, Anson never believes her due to Beezel being able to look sweet and innocent.

After catching him jacking off to an album full of Anson in swimsuits, Beezel violently attacks Amy and sprays her with torrents of urine. Amy told Anson that he would have to choose between her or Beezel and, to Beezel's horror, Anson chose Amy. The next day, whilst Amy was looking for Beezel outside so he could be sent to Anson's mothers', he runs her down with a truck and tries to kill her with a shot gun.

After shooting her once in the back, Amy attacks and beats the evil creature with a shovel. This is witnessed by Anson and the attendants of a childs birthday party. Beezel, again, puts on a convincing act and everyone, having not seen him attack Amy before, sides with him. Heartbroken and furious, Anson lets the children at the party kill Amy for supposed animal cruelty. Anson picks up Beezel and takes him home.

Beezel happily imagines him and Anson tongue kissing, not caring in the slightest that he had ruined Anson's relationship and gotten Amy killed for his own ends. 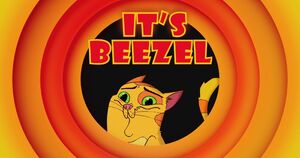 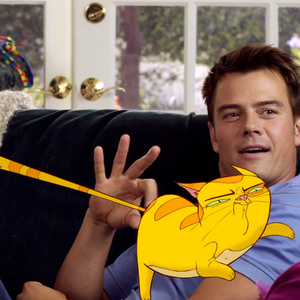 Add a photo to this gallery
Retrieved from "https://villains.fandom.com/wiki/Beezel?oldid=3700567"
Community content is available under CC-BY-SA unless otherwise noted.