many worlds across the D&D multiverse

vast array of powers dependent on individual and subspecies

obtain power and conquest for themselves

A Beholder is a fictional monster in the Dungeons & Dragons (D&D) fantasy role-playing game. It resembles a floating orb of flesh with a large fanged mouth; a large central eye capable of nulling magic; and ten small eyestalks on top with deadly magical powers. Appearing in every edition of the game since 1975, beholders are original to D&D, and have become popular villains.

Beholders are inherently magic users with strong powers and habilities. They are commonly found underground, in places such as The Underdark. Beholders are xenophobic, hateful creatures and will gladly take other races as slaves for their rotten desires. However, this xenophobia also extends to other kinds of Beholders even with the slightiest difference, which will cause ferocious inter-species wars.

Some beholder strains have mutated far from the basic beholder stock. These are aberrant beholders, of which there are numerous different types. 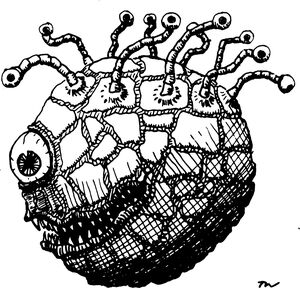 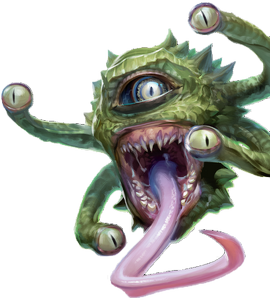 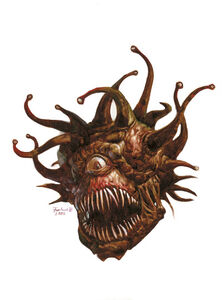 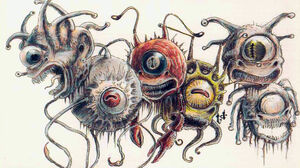 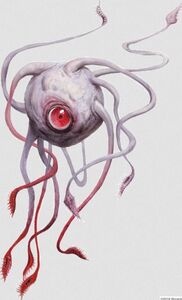 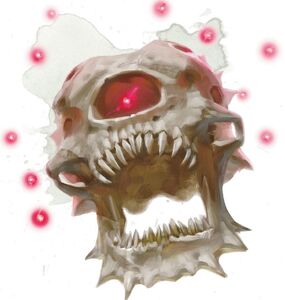 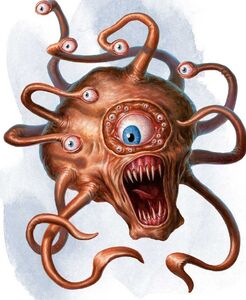 Gauth
Add a photo to this gallery
Retrieved from "https://villains.fandom.com/wiki/Beholder?oldid=3804274"
Community content is available under CC-BY-SA unless otherwise noted.