General of the Demon King's army.

To get revenge on whoever that's been bombing his castle.

To battle Megumin in personal combat. (all failed)

Beldia the Dullahan, or simply Beldia, is a major antagonist from the light novel series, Konosuba: God's Blessing on this Wonderful World!

He was the first major villain introduced as one of the generals of the Demon King's army, serving as the main antagonist of the beginning of the series. He is the series' take on the mythological legend known as the Dullahan.

He is voiced by Hiroki Yasumoto in the Japanese version of the anime and by Patrick Seitz in the English version, who has also voiced Dio Brando in the Jojo's Bizarre Adventure series, Uvogin in Hunter x Hunter, Endeavor in My Hero Academia, Ira Gamagōri in Kill la Kill, Kunzite in Sailor Moon, Sloth in Full Metal Alchemist: Brotherhood, Franky in One Piece and Luke Valentine in Hellsing.

Beldia claims himself to be a honorable knight, but displays extreme pride of himself. Along with this, he displays a sinister side of evil of him and has no restraints on cursing those to their demise. One notable trait about him is that he can be easily provoked and lash out in rage as he assaulted Axel out of anger towards the person that was bombing his castle. Prior to this though, he has shown a bit of tolerance for those actions done to him before eventually being fed up with it.

Though he claims to be honorable, he is in fact a pervert, but refuses to admit it and hides his true nature among the public. Wiz described him as the "type of man who would look under a woman's skirt", as she recalled a time when Beldia would perform said act to her.

Despite his evil nature, Beldia does not seem to be completely heartless and has shown a more genuine, but insecure side of himself. He patiently waited for Megumin to come to his castle before battling her, but became greatly upset when neither she or anyone else arrived to his castle. He has also shown a warm and compassionate side towards animals.

Beldia was once a regular knight who was beheaded for an unjustifiable reason. Since then, he was resurrected as a dullahan and grew a huge hatred over his execution. Some time later, he was approached by the Demon King's army where he became one of the eight generals. He also came across Wiz and her companions, being responsible for transforming her into a lich, while cursing her companions to death.

At one point, Beldia came across Wiz once more after she had joined the Demon King's army. He decided to take the opportunity to sexually harass her by rolling his head under her dress, causing Wiz to get all flustered. Beldia was later tasked by the Demon King himself to check what the mysterious light was that appeared near Axel.

Bombardment on his Castle

Beldia occupied near Axel for the time being in an abandoned castle. His castle would eventually be attacked by Megumin one day, who thought the castle was completely empty and was using it as practice for her Explosion Magic. At first, Beldia did nothing about it, but after having his castle being blown up day after day, he eventually became frustrated and decided to confront the person attacking his castle. He arrived at Axel and demanded the adventurers there to reveal the one that was blowing up his castle.

When Megumin revealed herself to be the one attacking his castle, he attempted to place a curse on her, but Darkness took the attack, being the one cursed instead. Darkness then attempted to run away with Beldia, believing he wanted her as his sex slave, but Kazuma prevented her from doing so, leaving Beldia greatly disturbed. In the end, Beldia challenged Megumin to fight him at his castle and threatened that the curse would kill Darkness if she did not arrive. Beldia then returned to his castle, but Aqua removed the curse from Darkness and as a result, nobody went to Beldia's castle.

After waiting for days, Beldia eventually returned, frustrated over the fact that Megumin did not come over to fight him and still had been blowing up his castle. Nonetheless, he continued on to boast how she let her teammate to die, until Darkness revealed herself to be alive still, causing Beldia to be speechless. Beldia then decides to defeat the adventurers here and engage with them in battle, only to be blasted by Aqua's magic, causing him to shriek and roll around in pain. Despite this, he managed to shrug off the pain and decided to first start off with Aqua by summoning his undead army to take care of her. Megumin then proceeds to take out the army, using her Explosion magic.

Beldia then takes out a couple of adventurers before eventually engaging in battle with Darkness, clashing his sword against hers. Darkness attempts to finish him off with a slash but manages to miss him, causing Beldia to be confused. While Beldia is distracted by Darkness's sexual comments, Kazuma comes up with a plan to drown Beldia using his water magic and then freeze him using the puddles. The first attempt did not go as planned as Beldia broke free from the ice, but the rest of the mages took part in using water magic. Darkness then continues to hold down Beldia while Aqua summons her magic down upon Beldia, causing him to drown.

Despite their best efforts, Beldia managed to survive then attempted to finish off Kazuma. Kazuma, however, manages to steal his head and played around with it with the other adventurers, using as a soccer ball. Aqua then finishes off Beldia with her holy magic, vanquishing Beldia for good.

Despite his demise, Beldia continued to play on a posthumous role throughout the series. Most notably is with Wiz where, during her trip to Alcanretia, he continuously appeared in her dreams, demanding for her to come over to him. At one point, she came across with him in what appeared to be the afterlife, before waking up. 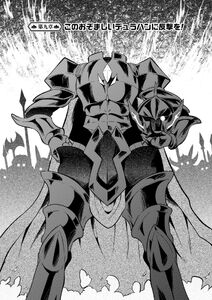 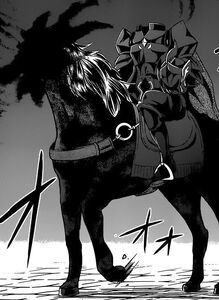 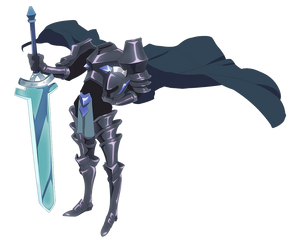 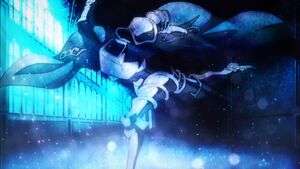 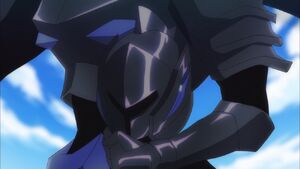 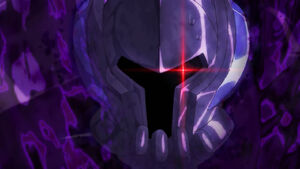 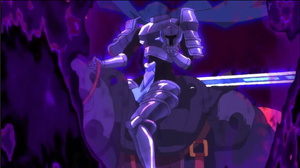 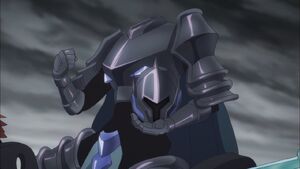 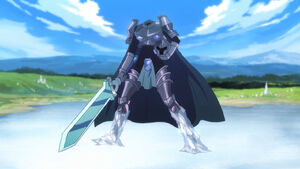 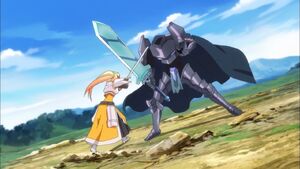 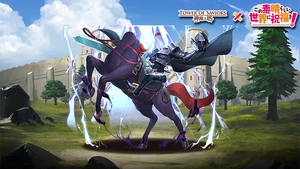 Beldia as he appears in Tower of Saviors. 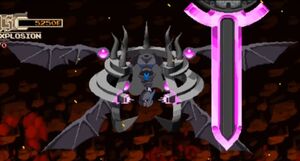 Beldia as he appears in the video game. 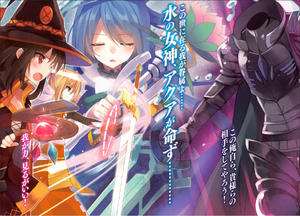 Beldia facing off against Kazuma's party in the light novel.
Add a photo to this gallery

Retrieved from "https://villains.fandom.com/wiki/Beldia?oldid=3585567"
Community content is available under CC-BY-SA unless otherwise noted.