Beleth, also known simply as "The Demon", is the main antagonist of the 2017 short fan film The Confession, which won the "My Annabelle Creation" Contest and was made a part of the official The Conjuring Universe canon. It is a dark and demonic entity that seeks to terrorize and kill humans.

It was portrayed by Phil Martin.

A psychologically damaged young woman named Fiona rushes to a local church and ducks into a confession booth, and begins hysterically asking Father Michael in the next booth for help. Father Michael asks what her trouble is, and she explains herself.

She tells him that she and her two roommates, Catherine and Angela, were at their home when Catherine spotted something out of the corner of her eye. Upon investigating, she was suddenly attacked by a dark entity. Fiona and Angela were woken up by the screaming, which has become a normal occurrence in their household. However, after hearing Catherine's body hit the floor, Fiona reaches for the doorknob. Angela stops her, but is then attacked and killed by the demon Beleth, who rushes out of another room and pulls Angela away. The lights go out and Fiona is surrounded in darkness, not knowing that the demon is behind her.

Fiona confesses that she can still feel Beleth's presence, then turns to see a demonic version of Father Michael attack her. When she jumps back, she realizes that she is still in her house, and that her escaping and going to the church were just hallucinations, illusions of safety created by Beleth. Fiona sees the demon approach, then grab her face and pull her into the darkness. 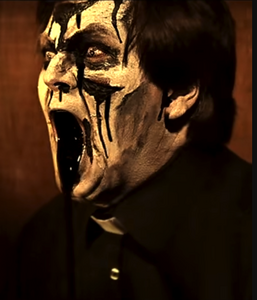 Beleth killing Fiona
Add a photo to this gallery 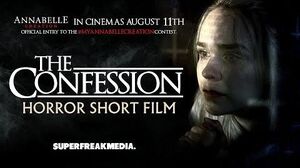 Retrieved from "https://villains.fandom.com/wiki/Beleth?oldid=3373821"
Community content is available under CC-BY-SA unless otherwise noted.