One of the Seven Demon Lords

To destroy the Data Squad along with the Digital World and Real World collide.

Belphemon is the one of the main antagonists of the first half of in Digimon Savers/ Digimon Data Squad, but a minor villain in Digimon World Data Squad. He started out when his Digi-Egg was discovered by Akihiro Kurata, then he collected enough data to unleash the demonic creature.

He was voiced by Masami Kikuchi in the Japanese version, and Kyle Hebert in the English dubbed version.

Belphemon is a Mega Level Digimon that resembles a demon. He one of the few digimon that actually had more than one form.

In Sleep Mode, Belphemon appears as a demonic teddy bear, with long goat horns, 2 wings for ears, and chains wrapped all over his body with a clock attached at his chest. The chains help him maintain this form, but if the clock starts ringing, he will awaken and transform into Belphemon (Rage Mode).

In Rage Mode, Belphemon resembles a demon bear. He has 6 giant wings, has chains wrapped all over his body, ram-like horns, and markings on his chest.

Years ago, Belphemon was one of the Seven Great Demon Lords who unleashed destruction in the Digital World. He was defeated by unknown circumstances and was turned into a Digi-Egg, then was sealed in a treasure chest in the ruins somewhere. During his adventure in the ruins, Akihiro Kurata found and discovered Belphemon’s Digi-Egg. The evil scientist took it to his laboratory and put the Digi-Egg in a testing tube in order to resurrect Belphemon. After succeeding in permanently deleting some Digimon and collecting their data to give to Belphemon in his Sleep Mode form, the demonic creature was unleashed and starts to attack the Real World. After Thomas betrayed Kurata, the wicked scientist became so furious, that now he is unable to control Belphemon with a device, he transforms himself into data to merge with Belphemon in order to use complete control over him. Then Belphemon transformed into his Rage Mode form, and comes face to face with the members of DATS and their Digimon partners. MirageGaogamon begins to fight Belphemon, but he was too strong. Keenan Digivoled Falcomon to his Mega form Ravemon, and manages to damage Belphemon a bit. Furiously, Belphemon swallowed up Kurata's conscious and violently begins to destroy buildings in the Real World.

During the battle, Kurata's mutated head appears from his chest, allowing him to control Belphemon much better, and angrily wanting revenge for Marcus Daimon for foiling his plans. After being told off by Marcus, Kurata gets pushed over the edge and orders Belphemon to consume the city lights to make him grow, and destroyed Miki and Megumi's van and swallowed the space obslation devices, giving Belphemon a new attack, allowing him to rip holes through the space continuum. ShineGreymon attempts to destroy Belphemon and Kurata with a powerful Glorius Burst attack, but Belphemon and Kurata were still standing. Belphemon easily defeated RookChessmon and BishopChessmon, reverting both of them back to the two PawnChessmon, and attacked Miki, Megumi, Keenan and Yoshi. During the battle, Kurata and Belphemon attempt to destroy Marcus at close range, but MirageGaogamon, Rosemon and Ravemon stopped their attack. With the combined friendship and power between Marcus and ShineGreymon, ShineGreymon Digivolved to his Burst Mode form, and he and Marcus Daimon punched Kurata's face on Belphemon's chest, defeating Belphemon for good and reverting Kurata back to his human self.

Belphemon is a member of the Seven Great Demon Lords. He was the first one that DATS encountered. Belphemon was created by the Code Key Sloth and someone that was slothful. Despite being Mega Level, Belphemon was defeated by DATS.

This lazy Demon Lord Digimon wakes up once every thousand years. When Belphemon’s sleep form wakes up into Rage Mode, he is one of the Seven Great Demon Lords. He always has an unpleasant awakening, and the Rage Mode is the very shape of anger. The Rage Mode name in Japanese has a double meaning; lazy and rage. 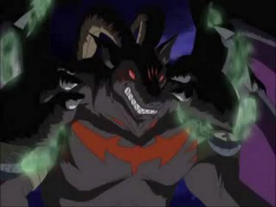 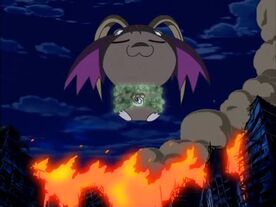 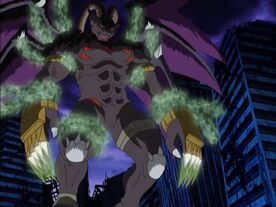 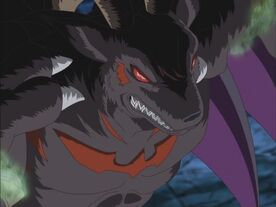 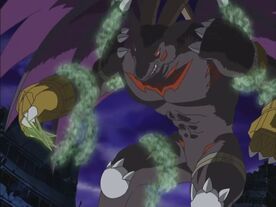 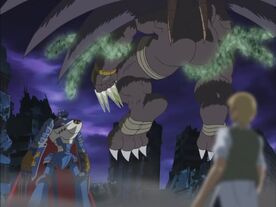 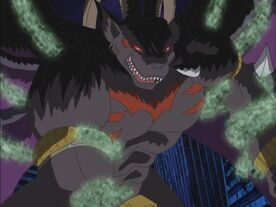 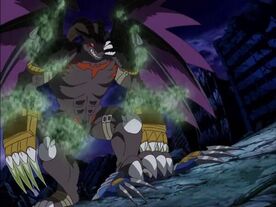