Villains Wiki
Register
Don't have an account?
Sign In
Advertisement
in: Animals, Friend of a Hero, Murderer,
and 11 more

Ben is arguably the main protagonist of the 1971 horror movie Willard as well as its 1972 sequel Ben based on the 1968 short novel by Stephen Gilbert, and he is a large and hyper-intelligent rat who seems to have a vindictive, even evil, personality - quite happy to amass armies of rats to kill those who anger or threaten his owners. But he is the main antagonist of the 2003 remake of the same name.

However in both films Ben also ends up confronting his former owners as he is not a rat that shares power well, in the original film his owner was the mentally unstable Willard Stiles (himself a borderline psychopath) and in the second film Ben becomes the "pet" of a young boy named Danny Garrison.

In both incarnations Ben starts off as a friend to his owners and a benefactor of sorts, though he always makes it clear that he is murderous (his owners in turn tend to be murderous, often due to bullying and illness): however after a while Ben soon begins to take control over his owners and murders those that get in his way, including other animals.

Ultimately resulting in Ben confronting his former owners when they try to put a stop to his murderous ways. 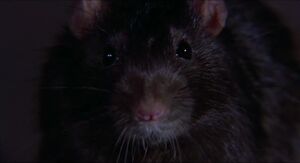 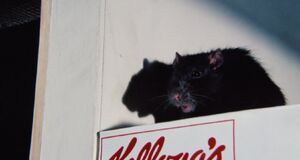 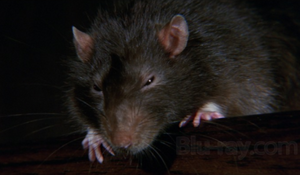