Torture and kill as many women as possible (succeeded)

Ben "Cy" Bradstone is the main antagonist of the Criminal Minds episode "Proof". He is a sadistic, mentally challenged serial killer who rapes, tortures, and murders teenage girls who remind him of his sister-in-law Lyla, whom he sexually assaulted in high school.

He was portrayed by Andy Milder.

Ben was born with an obstruction in his brain that blocked the flow of oxygen and caused permanent frontal lobe damage, resulting in his being developmentally disabled. He also developed sociopathic tendencies as a child, and delighted in abusing the family dog. His parents and older brother, Matt, dismissed his behavior as a harmless side effect of his disability.

As a teenager, Ben nicknamed himself "Cy" and began telling fantastic "tall tales" about himself and his family, eventually becoming a habitual liar. His propensity for lying, combined with his intellectual disability and poor personal hygiene, made him a target for bullies in school.

He also became obsessed with Matt's girlfriend, Lyla, after they played "spin the bottle" at a homecoming party and she reluctantly kissed him; later that night, he took her into a closet and sexually assaulted her. He followed her around at school for weeks afterward, until he overheard her telling a friend that he disgusted her. This ignited in him a fierce resentment of her and all other women, as well as a jealous rage directed at Matt for having the relationship with Lyla that he wanted for himself.

As an adult, Ben works part-time as a mechanic. He is fired after being caught stealing supplies, and is effectively rendered homeless after aging out of the residential care facility his now-deceased parents put him in when he was a child. He is also arrested for voyeurism after being caught spying on teenage girls. He frequently stays with Matt, who is now married to Lyla, with whom he has two children. Lyla, who never told Matt what Ben did to her, accepts Ben's presence in her house and is nice to him, but is still nervous and uncomfortable around him.

When Matt tells him that he and Lyla are having problems in their marriage, Ben makes a pass at her, which she politely rejects. This serves as a triggering event for Ben's obsessive rage toward girls and women, and he begins killing them, targeting teenage girls who remind him of Lyla at that age.

Ben buys a video camera, with which he records himself telling fantastic stories and torturing and killing girls. He approaches them asking for help, eliciting their sympathy with his lost, harmless demeanor, and then kidnaps them at knifepoint. He takes them to a shed near the residential center, straps them to a chair, and tortures them with sulfuric acid he had stolen from his former workplace. He pours the acid on parts of their bodies that control the senses, such as their eyes and tongue, and eventually rapes and kills them.

After he kills his first victim, Beth Westley, he goes to visit Matt and Lyla. Their teenage daughter, Tammy, announces that she is going to a homecoming dance with her boyfriend, and Ben offers to videotape the dance for her. Lyla is immediately uncomfortable, and politely declines, which provokes an argument between her and Matt. Angered by the perceived snub, Ben kidnaps another girl, Sarah, and burns her mouth with acid while filming it and clapping with child-like delight. He then rapes and kills her, once again carving out her eyes.

The next day, Ben visits Matt and Lyla, and stares at Tammy as she leaves for homecoming in the same dress that Lyla had worn. He later breaks into their house and steals Lyla's underwear, fantasizing about having sex with her as a teenager. When she enters the house, he hides in the closet until he can leave without getting caught. Lyla sees her underwear on the floor, however, and becomes suspicious.

Spurred on by his fantasy, Ben decides to make his niece his next victim. He drives by her high school and finds Tammy, who has had too much to drink. He offers her a ride home, which she reluctantly accepts. He then kidnaps her, and takes her to his shed. When she wakes up, Ben burns her fingertips with acid and tells her about the homecoming party with Lyla. Tammy replies that Lyla had told her about a boy who had taken advantage of her at a party when she was drunk, and is horrified to realize that her uncle is her mother's assailant. Ben is heartbroken and enraged that Lyla thinks of his most cherished memory as a sexual assault.

Meanwhile, the agents of the FBI's Behavioral Analysis Unit (BAU), who began investigating Ben after his first two murders, figure out the killer's identity by profiling him as a developmentally challenged man who is killing teenage girls who remind him of one who rejected him as a teenager, and cross-referencing people who have aged out of residential care facilities with ones arrested for minor sexual offenses. They arrive at Matt and Lyla's house and tell them Ben may have kidnapped Tammy and killed several other girls. Matt refuses to believe it, but Lyla is sure it is true, and finally tells Matt about Ben did to her.

The agents persuade Lyla to lure Ben to their house by calling him and telling him that police have accused Matt of hurting Tammy, and that she needs him to comfort her. The ruse works; Ben abandons Tammy and rushes to the house, fantasizing about the teenage Lyla begging for his love. Once he is there, however, BAU agent Derek Morgan arrests him. Supervisory agents David Rossi and Aaron Hotchner interrogate Ben, gaining his trust by telling him that Lyla betrayed him. Ben finally agrees to reveal Tammy's location, but only to Matt. After revealing the location, Ben tells his brother that he wants to take away his sense of hearing by telling him about his daughter's suffering, provoking Matt into attacking him.

Fortunately, the BAU team is able to find Tammy in time to save her, and the doctors treating her say she will make a full recovery. Ben is imprisoned, but not before telling Matt to watch his final tape. Matt does so, and is horrified to watch Matt torturing Tammy while taunting him and laughing cruelly. 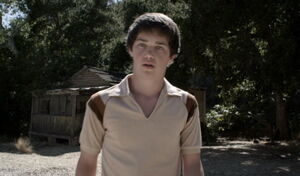 Ben as a teenager. 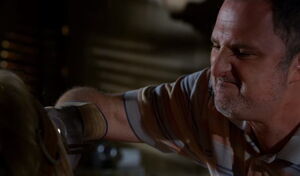 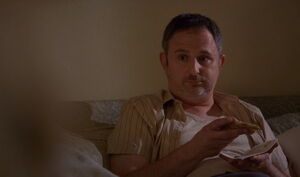 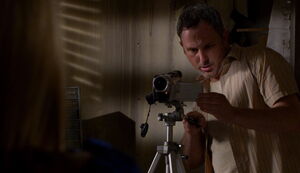 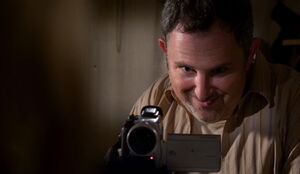 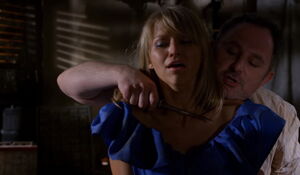 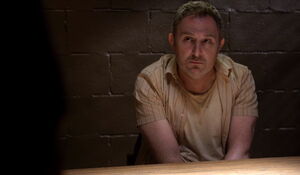 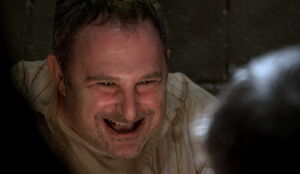