Turn psychics into weapons at the service of the United States.

Benjamin “Ben” Childress is the main antagonist in the 1978 thriller movie The Fury.

He was portrayed by the late John Cassavetes, who also portrayed Guy Woodhouse in Rosemary's Baby.

Ben Childress is the boss of a secret organization inside the CIA called PSI. They kidnap the most powerful psychic children, kill their families and mold them into their weapons in the service of the United States.

He also planned to kidnap Robin Sandza and use him as his experiment, which he succeeded in doing. Robin's father, Peter Sandza survives the murder attempt and tears off Childress' arm with a machine gun.

A year later, he finds out about a girl named Gillian Bellaver with similar powers to Robin and planned to use her for his experiments, but failed when she finds out about his intentions and escapes from the institute and meets Peter and together they team up to find Robin. When they track down Robin, they find out they already turned Robin into a psychopath who later murders Dr. Susan Charles, Childress' assistant who is in a sexual relationship with Robin and pushes him too far which makes him go insane.

He later feels that Robin is no longer needed and manipulated Peter into killing Robin and himself which he succeeds when Robin scratches Peter's face and falls to his death and Peter commits suicide. However, before dying, Robin transmits his powers to Gillian that will save him from Childress' wrath.

The next morning, Childress tries to manipulate Gillian into becoming the next experiment for his program, but it backfires when Gillian discovers his true intentions and kisses his eye which makes both his eyes bleed and blind him and Gillian uses the powers granted to her to blow Childress' body up, killing him and ending his reign of terror. 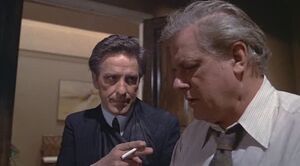 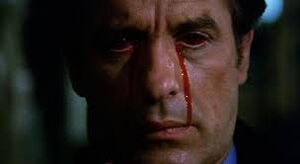 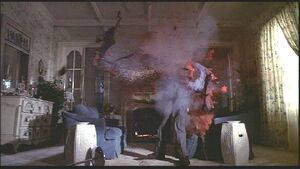