Use the Mystery Inc. to help him find the spell book of his ancestor Sarah Ravencroft and revive her from the book. (succeeded).

Convince his ancestor Sarah Ravencroft to rule the world alongside him. (failed).
Seal his evil ancestor Sarah away again and prevent her from destroying the world (failed himself but Thorn succeeded).

Benjamin "Ben" Ravencroft is the main antagonist of the Scooby-Doo franchise's seventh feature film Scooby-Doo and the Witch's Ghost. He is a famous horror writer descended from an evil witch named Sarah Ravencroft, who had been imprisoned in a spellbook centuries before. He is also the former idol and now archenemy of Velma Dinkley.

He was voiced by Tim Curry, who also played Frank-N-Furter in The Rocky Horror Picture Show, the Lord of Darkness in Legend, Wadsworth in Clue, Pennywise in the It television miniseries, Thaddeus E. Klang in TaleSpin, Taurus Bulba in Darkwing Duck, Hexxus in FernGully: The Last Rainforest, the Evil Manta in The Little Mermaid television series, Cardinal Richeliu in The Three Musketeers, Farley Claymore in The Shadow, Kilokahn in Super Human Samurai Syber-Squad, Drake in The Peeble and the Penguin, Dr. Anton Sevarius in Gargoyles, Long John Silver in Muppets Treasure Island, Simon Doonan in the Titanic TV movie, Maestro Forte in Beauty and the Beast: The Enchanted Christmas, Slagar the Cruel in Redwall, Dr. Slicer in Recess, Big Brother in Johnny Bravo, the Mouse King in Barbie in the Nutcracker, Professor Calamitous in The Adventures of Jimmy Neutron: Boy Genius, Scarlet Fever and Nick O' Teen in Ozzy & Drix, Dale "The Whale" Biederbeck in Monk, Belial in The Legend of Atlantis, El Maléfico in ¡Mucha Luca!: The Return of El Maléfico, Von Talon in Valiant, Anatoly Cherdenko in Command and Conquer: Red Alert 3, Philippe in Barbie and The Three Musketeers, Billy Flynn in Criminal Minds and Emperor Palpatine in Star Wars: The Clone Wars.

Ben first appeared in a museum, helped the gang to solve the Babylonian Mummy mystery, claimed that he had been doing research for a novel when he saw the archaeologists acting suspiciously, and decided to investigate. He then revealed he knew them by reputation, much to Velma's honor, as she was a huge fan of his, and he invited them to his hometown by the name of Oakhaven.

However, upon arrival, Ben was surprised to find his hometown was flooded with tourists because of the Autumn Fest and a concert featuring the Hex Girls, and was angered to find out that his ancestress had gained publicity as an evil witch.

Eventually, the gang uncovered the mystery: The Mayor started the Autumn Festival and used Sarah Ravencroft's reputation as a witch for a gimmick to increase Oakhaven's popularity, and all of the townspeople had pitched in to help: Thorn's father, Mr McKnight, had posed as the Witch's Ghost and used one of his daughter's props to throw fireballs. The local restaurant owner named Jack had hoisted McKnight on the cherry-picker while it was driven by the hardware store owner, and the fan used to create the eerie wind was operated by someone else. Ben scolded everyone involved in the scheme for lining their pockets by dragging Sarah Ravencroft's name through the mud.

However, a stray remark by McKnight led Velma to figure out where the book was buried. She and Scooby led them all to the big tree stump, where Scooby had found an old shoe buckle earlier that day. As Scooby dug deeper, he eventually found a box, which contained the book Ben had been searching for all those years. But upon seeing its sinister appearance, Velma became concerned and remarked that it did not seem to be a journal in any way.

It was there that Ben revealed his true colours: he confirmed it was not a journal but a spellbook. He then told everyone that Sarah had indeed been an evil witch who had been imprisoned in her own spellbook by Wiccans. Velma called him out for lying to her, but Ben showed no remorse for manipulating her and told her that he figured Mystery, Inc. could help him after reading about their exploits. Ben also explained that their meeting was no coincidence: he was the one who engineered the whole mummy scheme, paying the archaeologists and the security guards, just so they could meet. He didn't tell them the truth about the book because if they had known they would never have helped him.

Ben declared that he would free Sarah and unlock her power. Reading a spell, Ben called upon the dark powers that he inherited from Sarah and then successfully freed his ancestor from her imprisonment. However he was horrified to learn that she did not have interest in ruling the world alongside him and instead intended destroy it as revenge for her imprisonment. Realizing his awful mistake, Ben attempted to reimprison Sarah by casting a different spell, but it turned out to have no effect. Sarah revealed that only a Wiccan could imprison her with the spell, and encased him within a shell of mystic energy, much to his anger.

After a mad skirmish over the book, the gang delivered it to Thorn (who was of Wiccan blood on her mother's side) and she successfully cast the spell to imprison Sarah just as the witch laid her hands upon it in a futile attempt to stop her. Ben was then freed from his bondage, but Sarah quickly grabbed him by his ankle as she was sucked back into the pages, declaring that she would not go back alone. Ben struggled to free himself but was ultimately dragged into the book with Sarah, screaming in terror. A flaming tree branch then fell upon the book and burnt it, sealing the malevolent Ravencrofts inside for all eternity or killing them and ending their threats to the world.

In the beginning, Ben seemed to be a very fair, decent, and rational man who showed signs of reciprocating Velma's romantic attraction to him. However, after he used the gang to achieve his goal of seeking his ancestress's spellbook, he revealed himself to be a wicked, prideful, manipulative, and sadistic megalomaniac with an ambition of world domination.

He viewed himself as above other humans due to his status as a warlock, declaring others to be "mere mortals" and that he was "descended from a superior breed". Despite his claim that he intended to rule the world alongside Sarah, he also seemed to believe that he earned her servitude after releasing her, leaving it ambiguous as whether he viewed his ancestor as an equal partner or as a potential servant.

However, even Ben has his standards regarding what was better for him and the world. His one redeeming quality is present in his horror and disgust upon learning that his ancestor wanted to destroy the world rather than rule it with him, and his attempt to undo his error by attempting to re-imprison her. 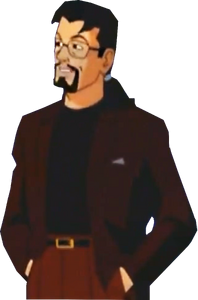 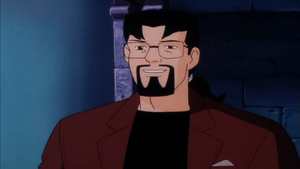 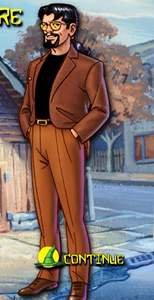 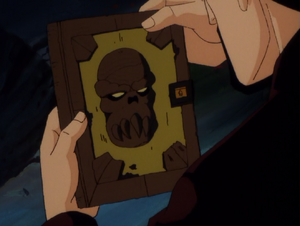 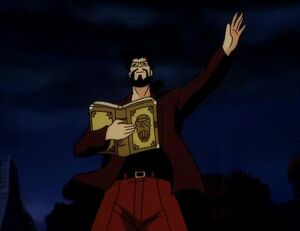 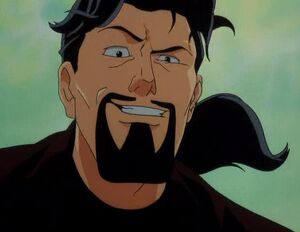 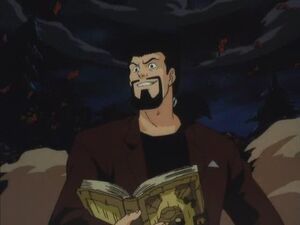 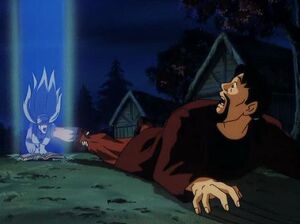 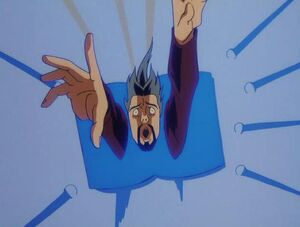