Crew member of the Planet Express

Bender Bending Rodríguez Sr., designated Bending Unit 22 and also best known by his first name Bender, is the anti-heroic tritagonist of the sci-fi comedy television show series Futurama. He was made in Tijuana, Mexico in 2997. He is Fry's best friend.

Bender is a selfish, greedy and insensitive robot who usually cares only about himself. He has been known to get the Planet Express Crew into a lot of trouble due to his scheming and he does not have one slight grain of sympathy for anyone on Earth, except for turtles, who Bender sees things in common with them.

He is also arrogant, foul-mouthed and argumentative, often swearing in public, and he can also be very rude and mean to people. Bender is a proponent for Robots obtaining human rights and gets very upset when he hears Fry claiming that human life is more important than Robot life.

Bender is also shown to be a kleptomaniac, and can often be seen looting and thieving from his friends and coworkers, especially Amy, who is Bender's favorite thieving victim because she and her parents are rich. He is also an accomplished con artist, having gained Fry's power of attorney. Bender has no problem committing most crimes, and will gladly do so, ranging from the petty theft of wallets to more serious crimes like kidnapping Jay Leno's head due to their long feud.

When he is sufficiently frightened and sickened, bricks fall from his backside. When sufficiently fascinated by something, he may pull out a camera and snap a picture, claiming that the event is "neat". Bender drinks heavily; technically alcohol fuels his power cells — if he was not a robot, his behavior would be classified as "alcoholic" but he needs alcohol to stay sober, and has drunk to excess and not become drunk. He also smokes and has done electricity. He also has had many romantic and sexual relations with women who are usually robots like him. However, he may also have romantic feelings for women who are humans.

When Bender meets Homer Simpson, he quickly becomes friends with him, because of their almost identical personality. When Bender remembers that he was sent in the past to kill Homer, he is preparing to kill Homer but he refuses to do so because Homer has become his friend. 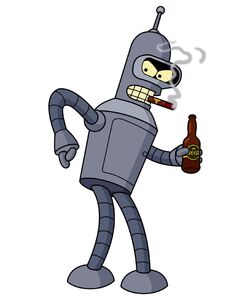 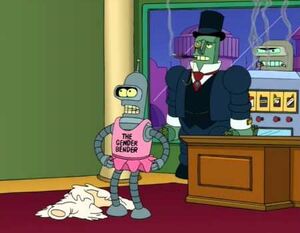 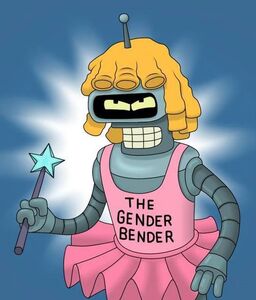 Bender as "The Gender Bender". 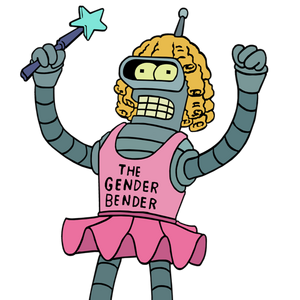 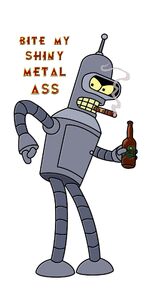 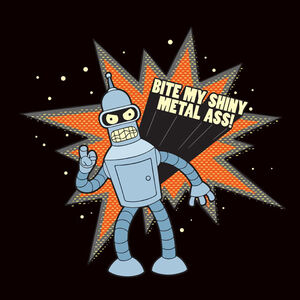 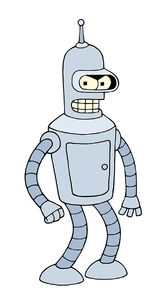 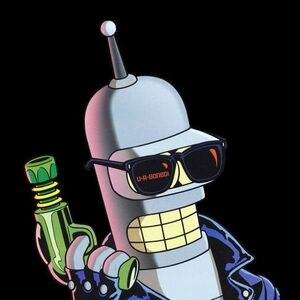 Bender as the Terminator. 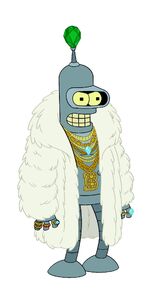 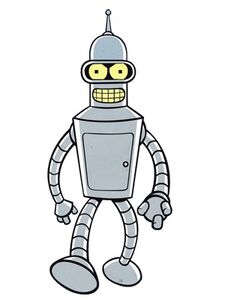 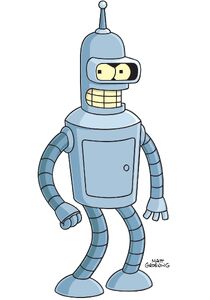 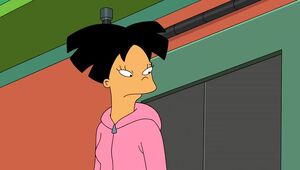 Bender in Amy's body in the episode "The Prisoner Of Benda". 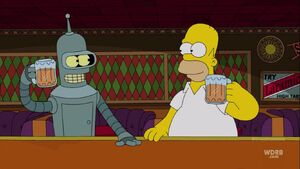 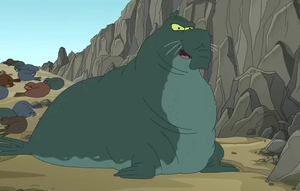 Bender as the elephant seal "The Beachmaster" in "Naturama". 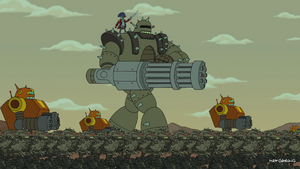 Bender as the new general of the "Killbots" army from Richard Nixon empire in the future. 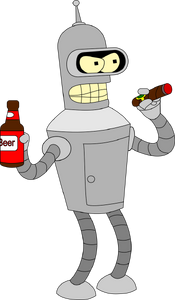 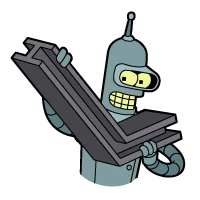 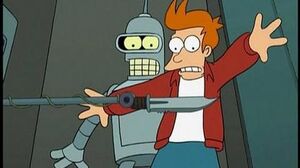