Like all other Grimm, Beringels were created by the God of Darkness to offset the God of Light's creations of life.

A Beringel is first seen attacking a small town with several other Grimm such as Beowolves and Nevermore. Ruby Rose arrives and begins fighting them off, but is challenged by the Beringel. It punches her into a building, but she gets up and attempts to cut it in half with her scythe. However, the Beringel's armor is too tough, and the Grimm grabs her and punches her away. Ruby begins firing at it, but it runs out of the way and throws nearby Beowolves at her. It then attacks Ruby directly, slamming down around her with its fists and battling her on a rooftop. It swings but she dodges, firing at it. She manages to use her Semblance to land a few hits on it, making it angry and causing it to smash the roof, which Ruby falls through.

Believing Ruby to be dead, the Beringel jumps back down to the ground and pounds its chest and roars in victory. It then notices the rose petals in the church building Ruby fell into and roars in anger and confusion before Ruby bursts out from a window, evades its attacks, trips it up, and launches it into the sky with her Semblance. She then stabs it in the chest, bringing it back down, before firing one last shot into its head and killing it.

In "Taking Control", Cinder Fall is seen training against a swarm of Grimm, heavily exhausted. She is then attacked by a Beringel, but manages to use fire to kill and incinerate it.

In "Our Way", Salem realizes that she needs to start taking matters into her own hands, and begins creating a swarm of mutant, hybrid Beringels with giant wings on their backs.

Beringels appear as units in RWBY: Amity Arena. When deployed, they leap to a target area and cause massive area damage wherever they land.

Beringels seem to be one of the toughest Grimm in terms of armor and strength, as blades and bullets cannot easily pierce them. They are able to lift and throw other large Grimm and rocks with ease, and are able to jump high enough to mount two-story buildings with little to no effort. They seem to prefer offense over defense, and rarely if ever block incoming attacks (instead relying on their armor to protect them). Though they also posses sharp fangs and teeth, they have yet to be shown using them in combat. 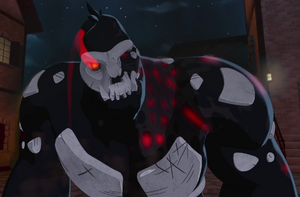 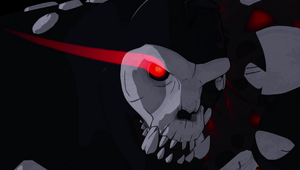 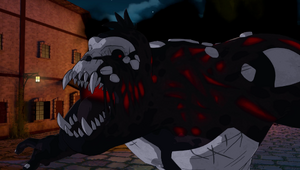 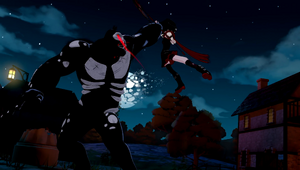 A Beringel vs Ruby Rose 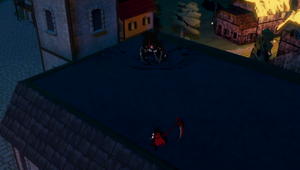 A Beringel and Ruby on a rooftop. 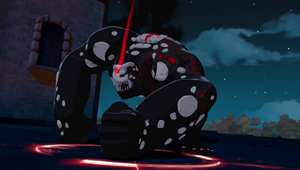 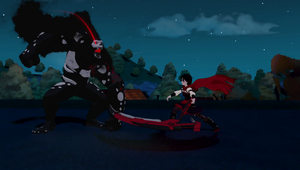 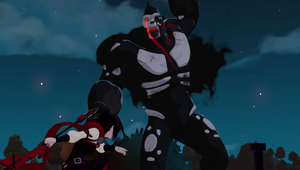 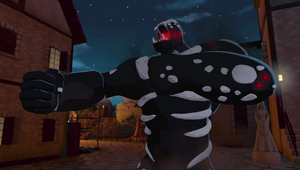 A Beringel beats its chest. 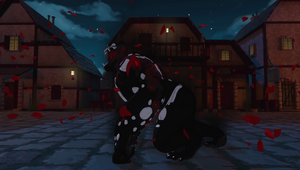 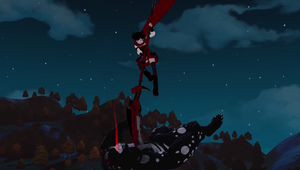 The Beringel is killed by Ruby. 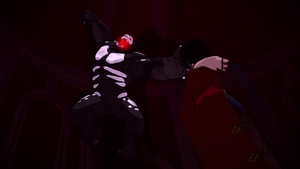 A Beringel vs Cinder Fall 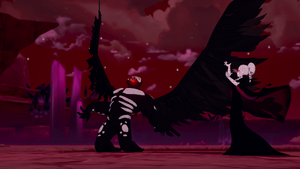 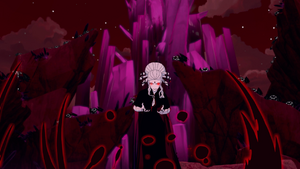 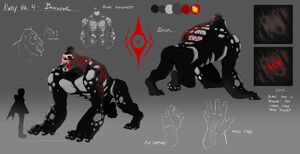 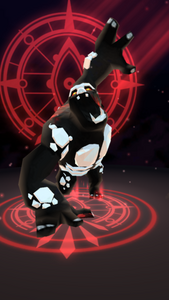 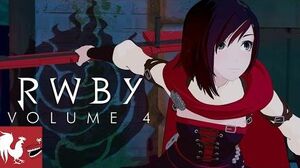